How big is Will now? Jamie Apody chats with memorable Phillies fan from 2008

The video his parents put on YouTube went viral that day and has since been viewed 5.5 million times.
WPVI
By Jamie Apody and 6abc Digital Staff 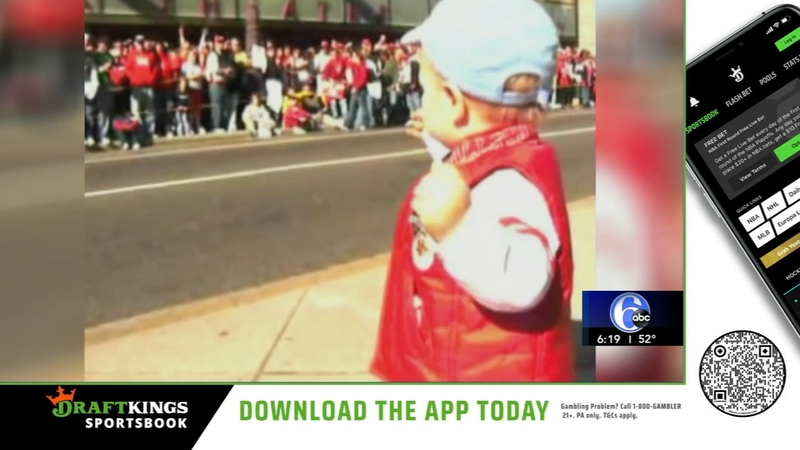 PHILADELPHIA (WPVI) -- It was an iconic moment during the Phillies parade in 2008. In a sea of millions of people, 18-month-old Will Gregg stole the show.

Some may even argue Will got a bigger reaction than former Phillies players Chase Utley or Ryan Howard.

Will's mother asked her toddler at the time, "How big is Will?" and with each raise of his arms, the crowd cheered.

Our original 2008 Action News story on 'How Big is Will' reported by Matt O'Donnell.

Well, Will is a 5'5", 14-year-old high school freshman that plays basketball, baseball, and soccer, and 13 years later, he is still known for his moment in the spotlight.

The video his parents put on YouTube went viral that day and has since been viewed 5.5 million times.

While all this time has passed, the Phillies have not come close to sniffing another parade.

In fact, they haven't even made the playoffs in over a decade. If and when there's another parade, Will and his family say they'll be there.

In 2008, Will became a viral sensation just by putting his arms up at the Phillies parade, 13 years later, he talks about his internet fame at an early age with Action News' Jamie Apody.