PHILADELPHIA -- A Taiwanese exchange student accused of threatening to carry out a shooting at his Delaware County high school pleaded guilty to a federal firearms charge on Tuesday.

An-Tso Sun was arraigned in federal court, where he entered the guilty plea. A judge scheduled sentencing for December, but Sun's attorney Robert Keller asked that the date be moved up once the pre-sentencing report is finished.

Sun, 18, has agreed to be deported and to not re-enter the U.S. without permission.

He previously pleaded guilty to state terroristic threat charges and was sentenced to four to 23 months. He was immediately paroled and remanded to federal custody to face a charge of an alien in possession of ammunition.

The judge could sentence Sun to up to 10 years in prison and up to $250,000 in fines. Keller said after court Tuesday that he hopes to show up for the sentencing hearing with a plane ticket.

"That's going to be the mantra, the cry, when he gets to sentencing. Let this boy go home," he said.

School authorities were alerted in March that Sun talked about a May 1 shooting at Monsignor Bonner and Archbishop Prendergast High School in Upper Darby, about 7 miles (11 kilometers) west of Philadelphia. The teen called the talk a joke, but authorities found more than 1,600 rounds of ammunition, as well as weapons, in his home.

Keller objected Tuesday to the U.S. Attorney's office including the allegation that Sun had told a classmate not to come to school on May 1 because he was planning a shooting. The judge overruled his objection, but Keller said after court Tuesday that he will raise it again during sentencing. He accused prosecutors of "going overboard" in trying to prove their case.

Keller previously said Sun "had no intention or plans" to commit a school shooting and many items found were what he wore to school for a Halloween costume contest.

A military-style ballistic vest, ammunition clip pouches, a high-powered crossbow and live ammunition were found in Sun's bedroom in Lansdowne, Upper Darby Police Superintendent Michael Chitwood said. A search of his school-issued iPad indicated searches on how to buy an AK-47 or an AR-15 semi-automatic rifle, police said.

Keller said they were in Philadelphia and had been visiting their son weekly but chose not to come to court Tuesday to try to remove some of the spotlight from their son. He said they have been upset because their son was expelled two months before graduating high school and had been accepted to Temple University.

"We can understand why the government is taking these matters so seriously, and I think the huge mistake that this young child made was he didn't understand the dynamics of what's going on in the United States," Keller said after court. "He now gets it... and it's time for this kid to go home." 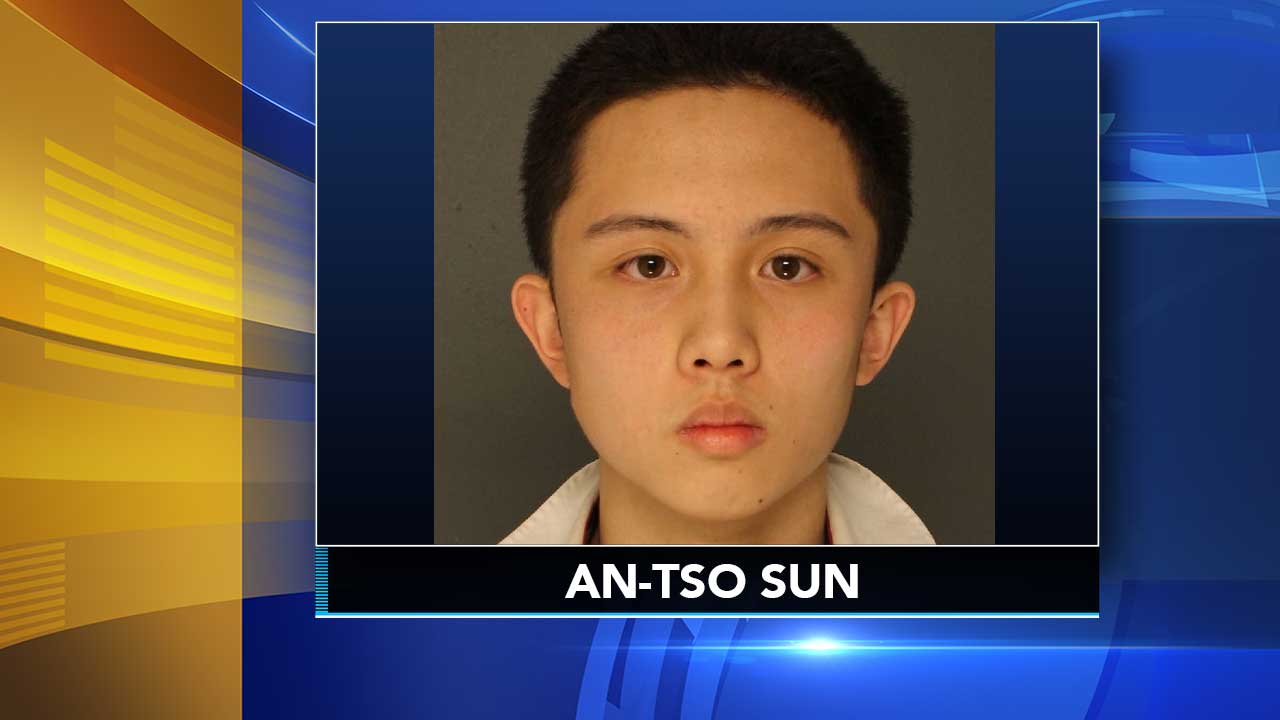