"When people come to the show and open the program they can see my name, who I am and where I'm from," said Oksana Maslova.
WPVI
By Maggie Kent 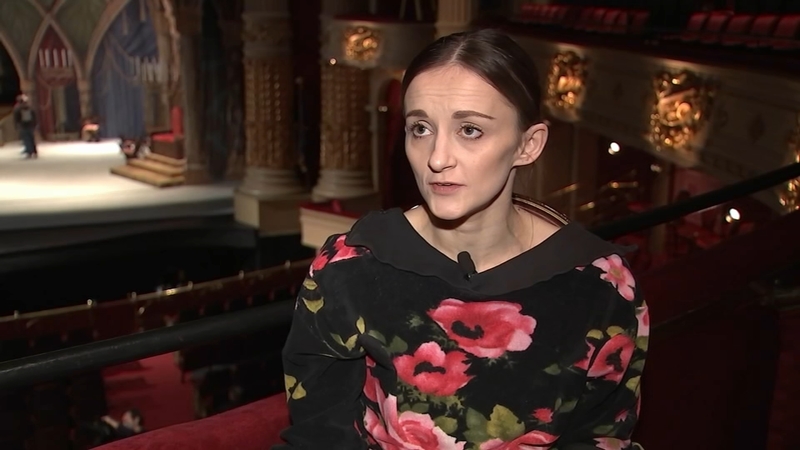 PHILADELPHIA (WPVI) -- Her grace and drive are evident in her performances, Philadelphia Ballet Principal Dancer Oksana Maslova has passion.

She'll be dancing the lead role of Odette in Swan Lake on Saturday night, but her heart is in Ukraine.

"I still wake up in the morning and think it was a nightmare but it was not. Back to reality," said Maslova.

"They air attack at night and day. All those days they basically lived in the bomb shelter or the bathroom," said Maslova.

Members of her family have since escaped to a friend's home in the western portion of the nation, but each city is at risk.

"There are rockets and bombs ruining everything, and people don't give up in this situation," she said.

Maslova's father is desperately trying to reunite with his wife and daughter but can't navigate the roads or rails.

"He was spending 24 hours in the rail station, and when the train stopped they said, 'We can only take women and kids'" said Maslova.

Because of attacks on infrastructure, it's increasingly difficult to get in touch with her loved ones.

SEE ALSO: 'It is so scary': NJ family speaks with loved ones hiding in basement of home in Ukraine


Maslova moved to Grand Rapids in 2008 with her dancing partner turned husband, Anton. She says their entire extended family is in Ukraine.

The couple moved to Philadelphia in 2014 where Oksana continued dancing with Philadelphia Ballet. They have two sons aged 7 and 6 months.

"Everybody's there," she said. "My younger son hasn't seen any one of them yet. Just my mom. I want him to see."

Maslova says she's dancing to highlight her country's struggle, to encourage people to pay attention and act on behalf of Ukraine.