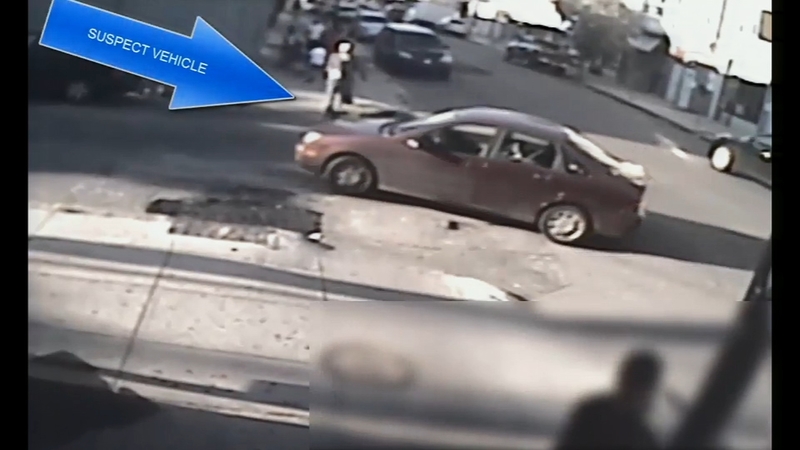 Vehicle sought after attack on woman, 82, in West Philadelphia

WEST PHILADELPHIA (WPVI) -- Police have released surveillance video showing a vehicle being sought in connection with a home invasion and attempted sexual assault on an 82-year-old woman in West Philadelphia.

The attack happened around 8:40 p.m. Thursday on the 6000 block of Sansom Street.

The video shows a four-door vehicle with a bumper sticker that was used by the suspects, police said.

According to investigators, the 82-year-old woman was home by herself in her upstairs bedroom when two males, both with towels over their heads, came up the stairs to her room.

This image from surveillance video shows a vehicle being sought in connection with a home invasion and sex assault of an 82-year-old woman in West Philadelphia on July 19, 2018.

They took a keyboard, which they put in a black trash bag. They also stole $160 cash and her cell phone.

At one point, police say they inappropriately touched the woman. She asked them to stop and they did.

About 30 minutes prior to the incident, police say the fire department was called to the home for a small fire that was lit in the back of the woman's property. Police think the two suspects might have started the fire, either as a diversion or to try to get through the back door.