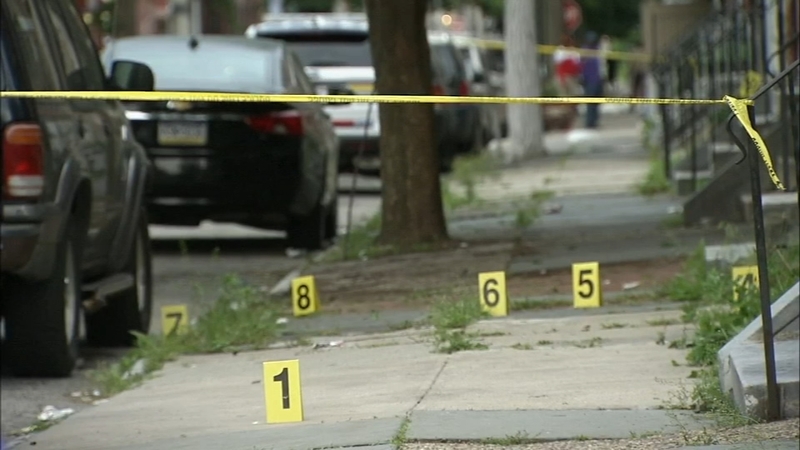 PHILADELPHIA (WPVI) -- Five men were shot and taken to the hospital after being ambushed by teenagers in North Philadelphia Friday evening, police said.

Police said a group of teens was walking when three young teens came out of a breezeway and began firing at the group.

Police said the incident was captured on surveillance video.

"They were clearly waiting for them, you can tell by the video, they were lying in wait waiting for those guys," said Police Commissioner Richard Ross.

Five men ended up being shot.

"The sad part about this is on the video it appears to everybody that viewed it, they are no more than 15-years-old," said Ross.

Glenn said many people were preparing to celebrate the holiday weekend before this happens.

Mayor Kenney was also on the scene after he heard of the horrific violence.

"Heartbreaking, devastating and it's senseless and we got to find a way to get the community to partner with us, with the city, to get these young people to put down the weapons." said Kenney.