Gibson was drafted by the Eagles in 2017. He was signed to the Cleveland Browns practice squad earlier this season.

Head coach Doug Pederson said Monday Brooks was out for the season after suffering a shoulder injury during Sunday's win over the Giants.

Pederson would not commit to tight end Zach Ertz's status for next week.

Ertz has not been medically cleared, but will try to participate in walk-through practice Wednesday.

Brooks, who was selected to his third straight Pro Bowl this season, suffered a dislocated shoulder during Sunday's win that clinched a third straight playoff berth for Philadelphia.

Ertz, who missed Week 17 with back and rib injuries, has not been ruled out for the wild-card game against the Seattle Seahawks on Sunday. Pederson declined to address reports that Ertz has a lacerated kidney among his injuries.

The Eagles will also be without defensive end Daeshon Hall, who suffered a torn ACL on the final play against the Giants. 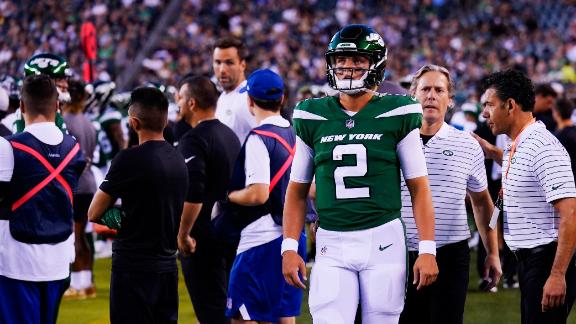 'They refuse to let each other fold': How New York Jets' Elijah Moo...