Eagles fans coping with loss to Buccaneers: 'They hurt me bad' 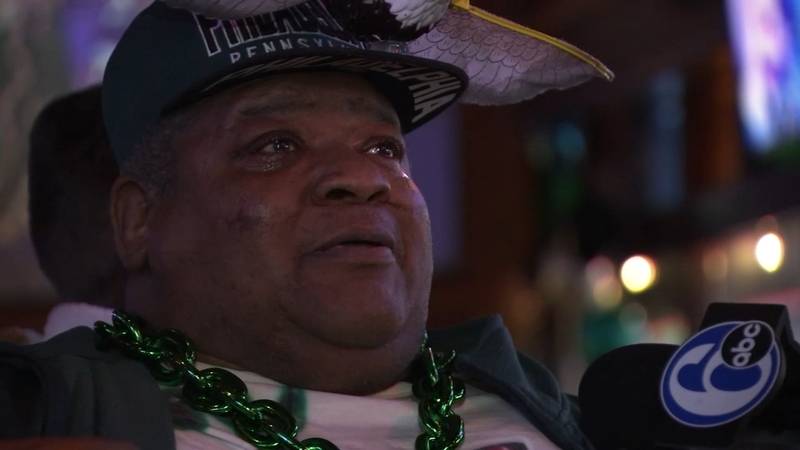 PHILADELPHIA (WPVI) -- Emotions were running high after the Philadelphia Eagles lost to Tom Brady and the Tampa Bay Buccaneers 31-15 on Sunday.

"They hurt me bad," said superfan Monty G after the Eagles were eliminated from the playoffs. "I'm hurt because I wasn't ready for the season to be over and I didn't want to see it end like this."

Many fans were disappointed in quarterback Jalen Hurts.

"I think the jury's still out on Hurts, but I still think he could be the guy," said Trae Hoffner of Haverford.

"I think we should have took him out in the second quarter, put in (Gardner Minshew), see what happens," added Christina DeCroce.

The Postgame Show is weighing in on the Eagles loss to the Buccaneers on Sunday.

Others expressed their frustration on coaching.

The crowd did come alive when the Eagles scored their first touchdown late in the game.