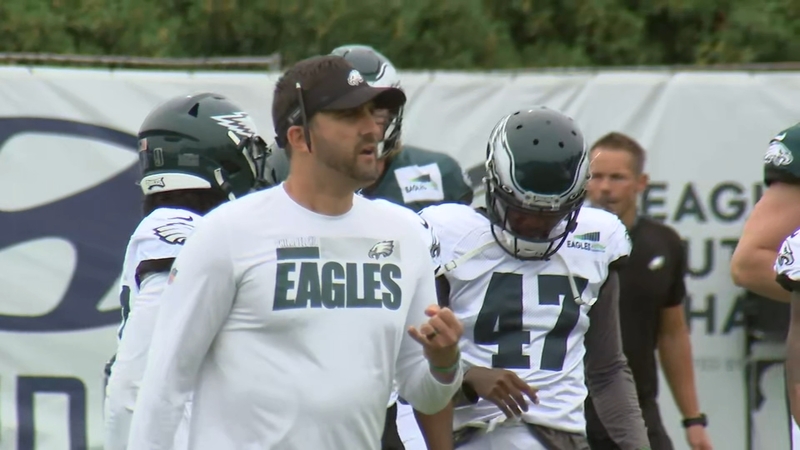 PHILADELPHIA (WPVI) -- It's a big week for the Birds.

Thursday is the first time we will see the new-look Eagles on the field playing against somebody else.

But now, it gets serious.

My eyes will be darting from Sirianni on the sidelines to Jalen Hurts behind center.

Yes, he got a few games under his belt as a rookie, but this is different.

This is HIS team now. He will set the tone.

A preseason game won't determine whether he is capable of being the starter, but if Hurts goes out there and throws a bunch of picks or is inaccurate with his throws, eyebrows will raise.

And how about at tight end? Both Zach Ertz and Dallas Goedert are listed as co-starters. Could that be because the team is still trying to trade Ertz?

I bet he gets a lot thrown his way to try and showcase him for other teams.