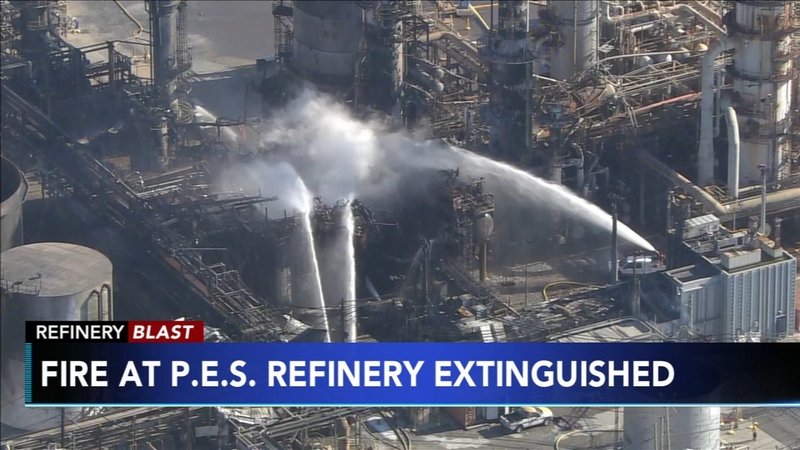 PHILADELPHIA -- A fire that burned for more than a day following an explosion at a Philadelphia oil refinery has been extinguished, though officials are still monitoring local air quality.