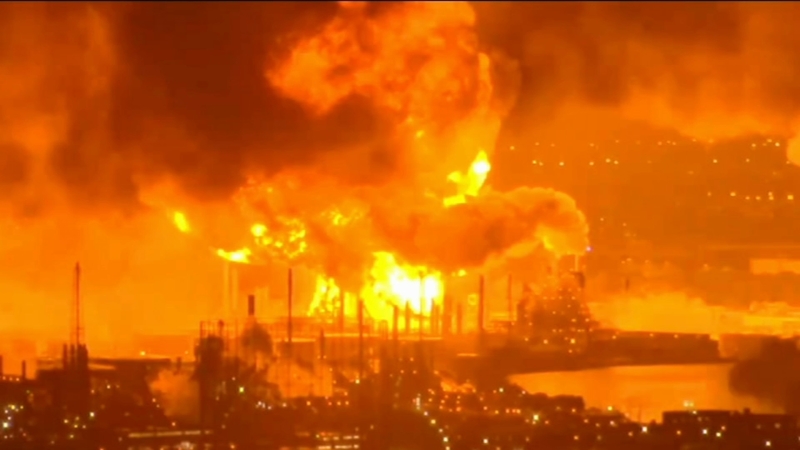 PHILADELPHIA (WPVI) -- The investigation into a massive explosion and raging fire at a refinery in Philadelphia began Monday.

The cause and origin of the fire of Friday's blast will be investigated by the Occupational Safety and Health Administration, the Bureau of Alcohol, Tobacco, Firearms and Explosives, the U.S. Chemical Safety and Hazard Investigation Board and the fire marshal's office, officials said.

The gas valve that had been fueling the blaze had been shut off and the tank involved in the explosion had been isolated, officials said.

The fire department's hazmat unit and the public health department are still monitoring air quality, which they said earlier they have been doing every two or three hours without finding any threat to public health.

The blasts and fire at the plant at about 4 a.m. Friday, which shook homes and sent a fireball aloft, occurred at a tank containing a mixture of butane and propane, authorities said.