Andre Leon Talley spoke to students and others inspired by his work at the Art Institute of Philadelphia in 2008.
WPVI
By TaRhonda Thomas and 6abc Digital Staff 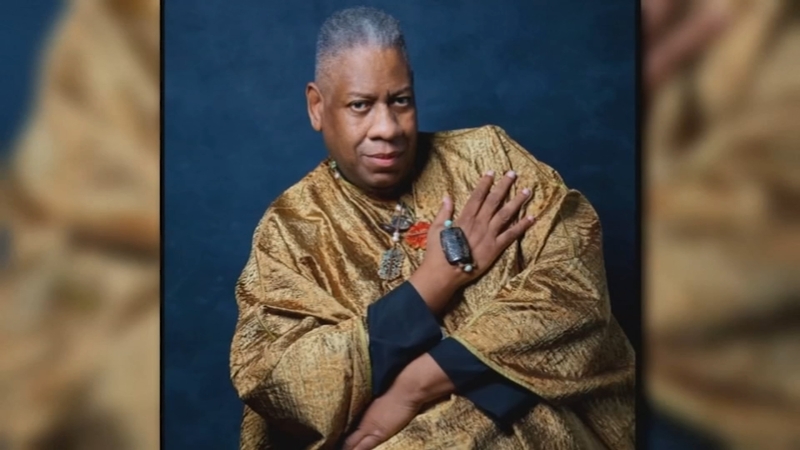 PHILADELPHIA (WPVI) -- Andre Leon Talley had countless influences on the fashion world, including a fashion designer and former professor at Drexel University.

He got to know a side of Talley that went beyond his glamorous public image. And it all started with a bag.

Designer Emil DeJohn, raised in South Philadelphia, has had worldwide success with his fashions featured in Bergdorf Goodman and Saks Fifth Avenue, among many others.

During his travels, he bought a leather bag in Milan. That bag was his introduction to Andre Leon Talley.

"A limousine pulls up," DeJohn recalled of a Michael Kors fashion show. "And out comes Andre... I was carrying that leather bag he said, 'I love that bag, what do you do for a living?' I said, 'I normally design, but I've been teaching,'"

"He said, 'I tell you what, why don't you invite me to talk to your kids and inspire them?'"

Talley spoke to students and others inspired by his work at the Art Institute of Philadelphia in 2008, giving them his fashion journey, his life story, and sage life advice.

Perhaps it's because Talley came from humble beginnings.

Talley was raised in Durham, North Carolina, by his grandmother, whom he often spoke of as a hardworking woman. Talley moved to New York, determined to make it.

"He told his grandmother, 'I'm going to move to New York. And within a few weeks if I don't get a job, I'll give up my dream and come home,'" DeJohn recalled of a story Talley told.

He never had to move back to North Carolina. Instead, Talley rose through the fashion ranks. DeJohn recalled him telling stories of beginning as a fashion assistant before becoming a foremost fashion journalist and eventually editor-at-large of Vogue Magazine.

He used that platform to emphasize the importance of diversity in the fashion industry. Appearing on TV shows like America's Next Top Model, he also helped to inspire America's next great designers.

"He said over and over again you must always follow your dream," said DeJohn. "If you fall down, cry, scream, start all over again."

He says that no matter how many people were in the room, everyone always paused when Talley walked into a show.