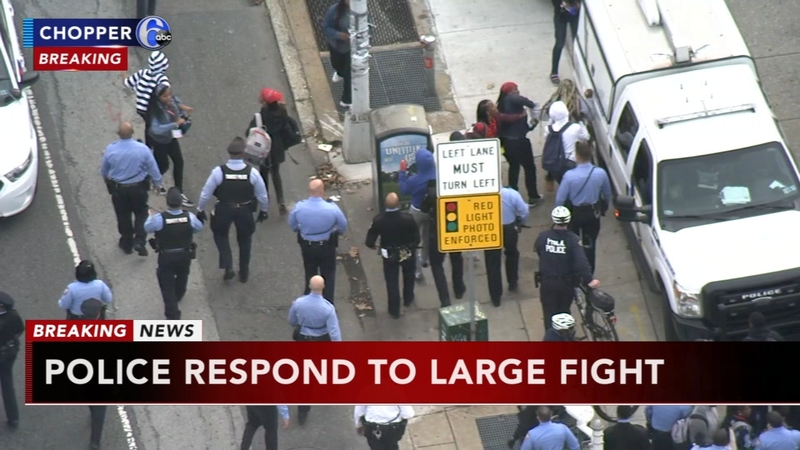 Philadelphia police were called to Broad Street and Hunting Park Avenue just after 3:30 p.m. for a large fight in the area.

Chopper 6 was over the chaotic scene, showing police attempting to corral and several people running; at least two people were seen being placed in handcuffs.

Police said upon arrival the situation deteriorated into a "riotous condition" with approximately 150-200 school students fighting.

According to officials, at least 14 juveniles were detained and/or arrested following the incident.

The situation was brought under control just before 5 p.m.

It's not clear what sparked the fight at this time.