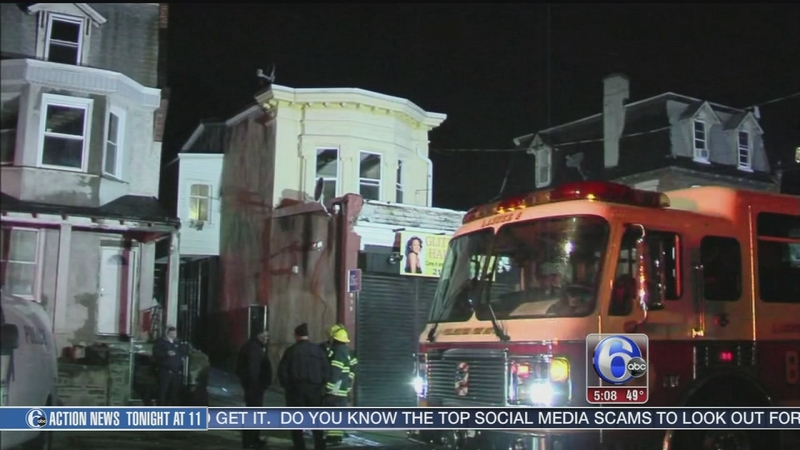 GERMANTOWN (WPVI) -- Investigators are looking for the cause of a fire that killed one person in the Germantown section of Philadelphia.

Four police officers were hurt as they tried to fight the blaze on the 800 block of East Chelten Avenue late Sunday night.

The fire department says the flames and smoke quickly spread along the second floor where four people lived in separate room.

Police arrived on scene first and four officers, using extinguishers, tried to put out the flames.

Fire Department Commissioner Derrick Sawyer explains, "This is a store slash rooming home that had four rooms and three of the four people were able to self-evacuate."

Firefighters made entry and got the fire under control just after 11:00. They found a man dead in one of the bedrooms.

Sawyer tells us, "You have to have a home escape plan. They did have smoke alarms. The smoke alarms alerted one of the residents and he was able to get everyone out."

The four police officers had to be treated for smoke inhalation. All are doing well according to a police spokesperson.

The fatality bring the total in the city this year to 28 - seven more than this time last year.

"We want to finish out the rest of the year without any other fatalities," Sawyer said.