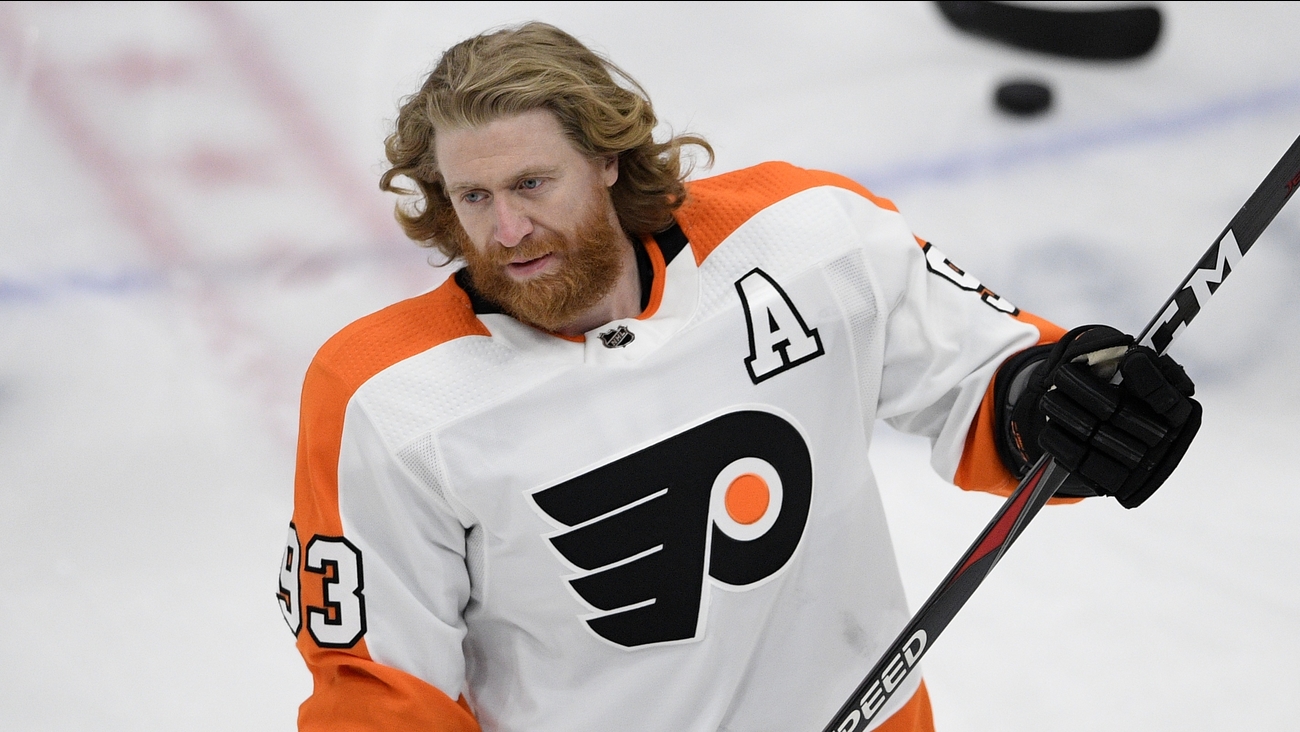 The Flyers traded Voracek to the Columbus Blue Jackets for Cam Atkinson, Saturday, July 24, in the first major trade on the second day of the NHL draft. (AP Photo/Nick Wass, File)

The Philadelphia Flyers have acquired forward Cam Atkinson from the Columbus Blue Jackets in exchange for forward Jakub Voracek, as the teams swap offensive wingers.

There was no salary retained in the one-for-one deal.

Atkinson, 32, spent all 10 years of his NHL career with the Blue Jackets after being taken by Columbus in the sixth round of the 2008 draft. He has 213 goals and 189 assists in 627 games, including a 41-goal season in the 2018-19 campaign. His goal-scoring has declined in the last two seasons, dropping under a goal per 60 minutes of play for the first time in his career.

Voracek, who turns 32 in August, began his career with Columbus, who drafted him seventh overall in 2007. He had 134 points in 241 games in three years with the Blue Jackets before they traded him to the Flyers in a deal for Jeff Carter in 2011.

He spent 10 years in Philadelphia, scoring 738 points in 968 games while playing major minutes in their top scoring line. But his ice time has declined for three straight seasons. General manager Chuck Fletcher said he and Voracek discussed his future with the team, which included leaving him unprotected in the Seattle expansion draft.

"I can see a lot of paths where Jake would be a part of our team next year, and still a valuable, contributing member of our team. And certainly there could be ways where he isn't," said Fletcher before the trade.

Columbus GM Jarmo Kekalainen said the team was excited to "welcome Jake Voracek back to the Blue Jackets family" in the trade.

"He is a powerful, dynamic offensive player that will be a significant contributor to our club," said Kekalainen. "Adding a player like that comes at a cost and I want to thank Cam Atkinson for his many contributions to the Blue Jackets and Columbus community over the past 10 years."