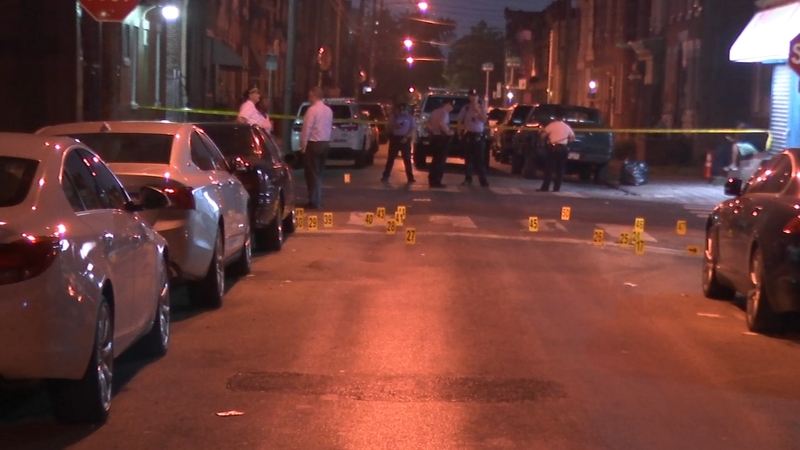 At least 308 people have been killed so far this year in the city.

A 38-year-old man was shot and killed in Strawberry Mansion.

Police say the victim was shot multiple times. He was taken to the hospital where he was pronounced dead.

Just after 9 p.m. on the 5400 block of Pearl Street, police say a 48-year-old man was shot twice: once in the left shoulder and once in the left hip. He was transported to an area hospital and placed in stable condition.
A 30-year-old pregnant woman was also shot three times, police say.

Earlier Tuesday evening, police say a 21-year-old man was shot around 6 p.m. while sitting inside a vehicle on the 2000 block of E. Cornwall Street in the city's Kensington section.

The victim, whose identity remains unknown, was transported to Temple University Hospital and listed in critical but stable condition.

Shortly after 6 p.m., officials say a 19-year-old was shot in the leg on the 200 block of Apsley Street. He is currently hospitalized in stable condition at Einstein Medical Center.
Around 8 p.m., a double shooting left a 29-year-old man dead at 12th and Huntingdon streets in North Philadelphia.

A 27-year-old man was also shot multiple times, officials say. He was transported to Temple University Hospital where he's listed in stable condition.

The victim was transported by police to Jefferson University Hospital where he later died.

So far, no arrests have been made in connection with these shootings. Anyone with any information is asked to call police at 215-686-TIPS.