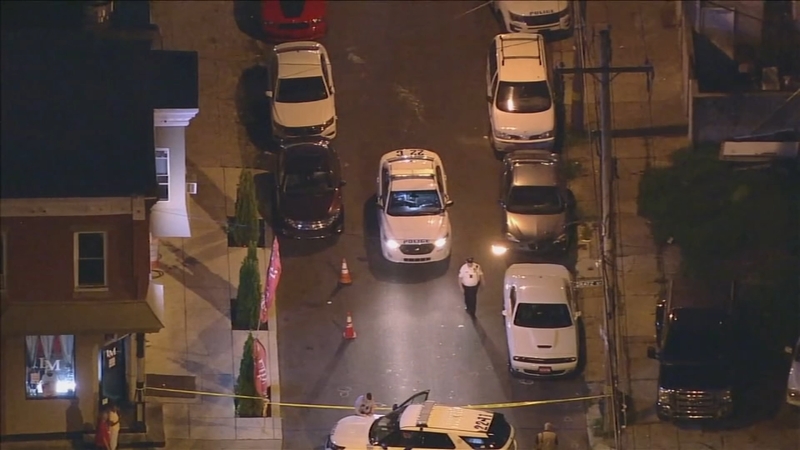 PHILADELPHIA (WPVI) -- One of the latest victims of Philadelphia's rising gun violence is a board member for a community outreach group.

The shooting happened Monday around 10 p.m. near 18th and Cumberland streets.

Police say three people were shot, including a board member with community outreach group Sista Talk PHL. The female victim was apparently sitting on her porch when the gunfire rang out.

Sista Talk PHL's founder Adam McNeil sounded off on social media about members of their organization being touched by the very violence they're working to prevent.

"Nobody is safe in the City of Philadelphia," he said. "You wake up and say, 'I'm blessed to see another day,' but somebody is going to yell, 'It's not over yet.'"

Colwin Williams with Temple University Cure Violence said, "The point is we don't have any resources. Right now, we're engaging with the community. We want to find out who the block captains are."

Philadelphia Mayor Jim Kenney penned a letter to City Council that he would not declare a state of emergency, saying, "It's not a solution that will demonstrably change conditions."

Philadelphia Councilmember Jamie Gauthier said, "His response that he's already doing all he can provides no sense of comfort to the people in my district that are being traumatized by gun violence."

McNeil says we're all responsible for this.

"I'm angry at the mayor because he's the chief commander but we can't just blame him," he said.