The movement is being spearheaded by State Representative Stephen Kinsey.
WPVI
By Gray Hall 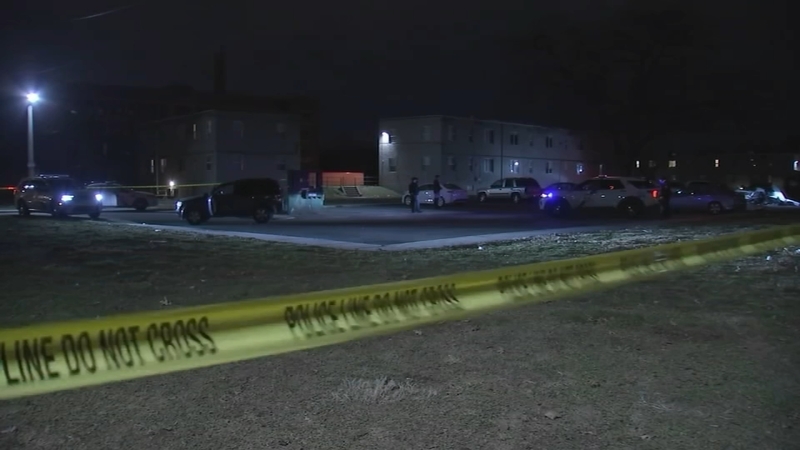 PHILADELPHIA (WPVI) -- In Philadelphia, it's all hands on deck to combat the endless gun violence crisis.

Police, community advocates and city residents are all working together on a new initiative. It's called Third Thursday.

The goal is for groups comprised of police, average citizens and other advocates to hit the streets every third Thursday of the month to educate those living in high crime areas about resources to address and prevent gun violence.

The movement is being spearheaded by State Representative Stephen Kinsey.

"This project may sound simple in concept, but we all know that it can be impactful, especially when we have communities who are desperately seeking out solutions to address the violence that is taking place," said Kinsey.

Research by the Action News Data Journalism Team shows there have been 76 homicides so far this year, compared to 75 around this time last year.

Currently, there have already been 315 shootings. There were 297 this time last year.

So far this year, the areas with the most shootings include Frankford, Kensington, North Philadelphia, and Strawberry Mansion.

"We have some blocks, some corners within this city that are suffering. Children don't feel safe. People don't even feel safe inside their home on some of these blocks. So these are the areas that we are going to hit," said Philadelphia Police Inspector Nicholas Smith.

Many admit there is a problem in the city, but they say it can be fixed when the community comes together to solve it.

Local leaders are challenging everyone to get involved.

Third Thursday is scheduled to kick off on March 17.