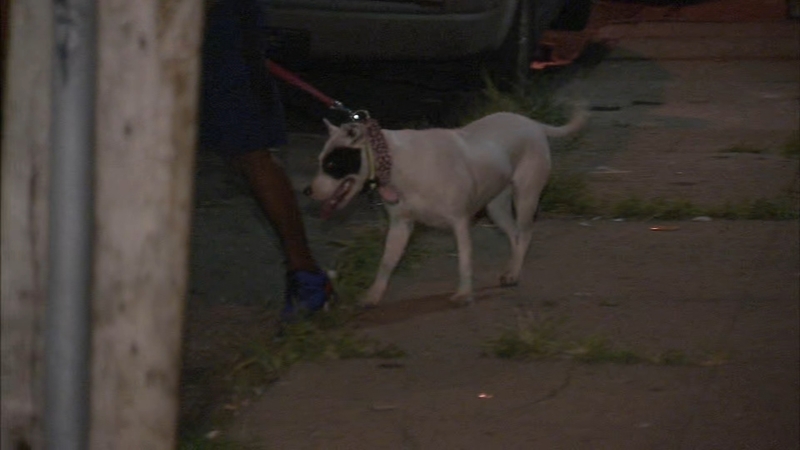 It happened around 8:45 p.m. on the 2600 block of North Reese Street in North Philadelphia.

Police said two men attempted to force their way into a home when they encountered the 30-year-old homeowner and his three pit bulls.

That's when a struggle ensued between the homeowner, the two suspects and the dogs.

Police said one of the suspects shot the homeowner in the leg before fleeing the scene.

He was taken to an area hospital where in stable condition.

One suspect was hospitalized for injuries sustained from the dog attack. Another suspect remains at large at this time.