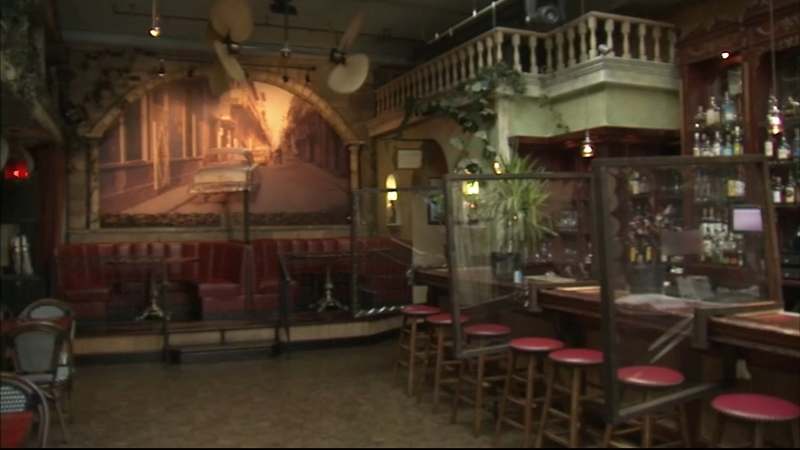 Some Philly restaurants can have indoor dining at 50% capacity

PHILADELPHIA (WPVI) -- Philadelphia restaurants will be able to allow 50% capacity for indoor dining starting Friday. However, they have to meet new ventilation standards announced by the Philadelphia Department of Health.

For neighborhood restaurant owners like Erin Wallace, it won't be easy meeting those requirements.

"I took a look at it today and I'm not an HVAC person. So we're definitely going to have to bring somebody in," said Wallace, who owns the Devil's Den in South Philadelphia. In fact, she closed her restaurant for the winter.

She says it's great indoor dining in the city can go to 50% capacity on Friday, but the new requirements for proper ventilation are confusing, to put it mildly. Wallace showed us the health department's new spreadsheet to calculate things. It gives her anxiety. The requirements could also mean costly upgrades that may go unused.

"Just because we do this does not guarantee we can stay open at 50% because they did say if rates change and things change, they could take away indoor dining again," she said.


On Tuesday evening we also spoke with Barry Gutin who owns Cuba Libre in Old City. He says they've spent a lot of money to kill any bacteria in the air inside.

"We put in airstream disinfection which uses UVC lighting to kill the virus and any other bacteria right in the ductwork. But even at 50%, it's tough to make a living. Actually, you lose money, but we lose less," said Gutin, who will be rushing to open at 50% by Friday.

According to officials, if restaurants have an HVAC system or standalone ventilation unit in use, the following standards are required to open to 50% capacity:

- At least 15 air exchanges per hour are measured indoors

- Exhaust vent has a minimum six-foot clearance from tables, chairs, or other items

- If restaurants use window fans instead of an HVAC system, at least 15 air exchanges per hour must be measured indoors

"I should note here that we are breaking new ground, and we're not aware of other locations that have done this, but we do think this is a way to try to have restaurants get back on their feet, economically, to provide service to customers, but while also doing it safely," Farley said.
Report a correction or typo
Related topics:
businessphiladelphiahealthphiladelphia newscoronavirusrestaurant
Copyright © 2022 WPVI-TV. All Rights Reserved.
TOP STORIES
Video shows car wanted in pregnant woman's murder: Police
Pilot speaks to 'GMA' about miraculous helicopter crash landing
Family speaks out after teen girl fatally shot while inside car
Mom of Jason, Travis Kelce makes it to both playoff games
Pennsauken Twp. police ID victim killed in hit-and-run
Texas synagogue standoff hits close to home for local rabbi
Funeral services held for 12 killed in Philadelphia fire
Show More
Philly holds Martin Luther King Day of Service event
Woman killed after being pushed in front of NYC subway train
Mobile vaccination unit hitting Philly streets Tuesday
Local Ulta Beauty store targeted by thieves again
Omicron surge hasn't peaked nationwide: US surgeon general
More TOP STORIES News