Philadelphia is the 13th most segregated metro area out of the 100 largest U.S. metros
WPVI
By Chad Pradelli and Cheryl Mettendorf, Maia Rosenfeld 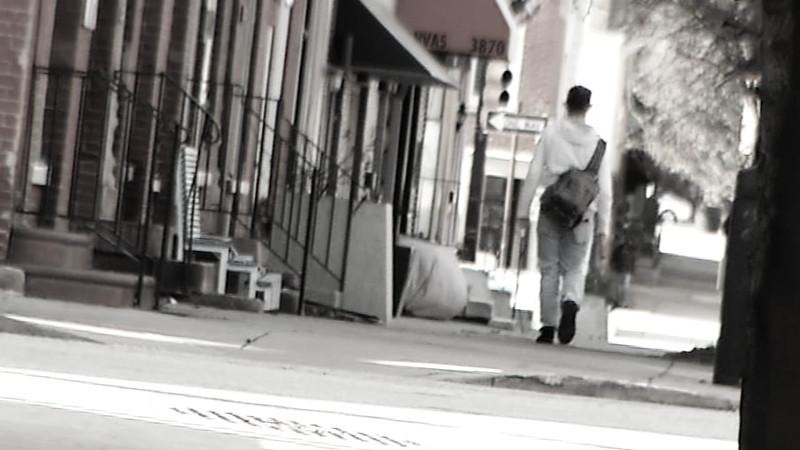 Philly metro area among most racially segregated in country: DATA

PHILADELPHIA (WPVI) -- The Philadelphia-Camden-Wilmington metro area is one of the most racially segregated metros in the country.

More than half of the tri-state area's neighborhoods are extremely segregated, with over 80% white residents or over 80% non-white residents, according to an ABC Owned Television Stations analysis of 2019 U.S. Census Bureau data.

Put another way, more than half of residents would have to move to another neighborhood to fully integrate the metro area. This makes Philadelphia the 13th most segregated metro area out of the 100 largest U.S. metros, tying with Chicago, Miami and Bridgeport, Connecticut.

The most segregated metro areas in the nation are Milwaukee and Cleveland, and the least segregated is Spokane, where just under a quarter of residents would have to move to fully integrate the metro.

That's no surprise to Anne Fadullon, deputy mayor and director of Philadelphia's Department of Planning and Development.

"All of us off the top of our heads can say, you know, this is where predominantly Latinx population lives, these neighborhoods are considered predominantly Black," Fadullon said. "It doesn't mean that we're not trying to figure out how to achieve more integration. We know that all the data points to if you really have mixed-income, diverse neighborhoods, that that improves outcomes for everybody."

Housing segregation reinforces existing racial inequities: Majority-Black and majority-Hispanic neighborhoods in Philadelphia tend to have less access to important amenities such as parks, hospitals and banks than majority-white neighborhoods.

"Place matters," said Angela McIver, chief executive officer of the Fair Housing Rights Center in Southeastern Pennsylvania. "Where your zip code is can determine so much about you, including the type of education that you can access." She added that segregation also contributes to healthcare disparities, which came to the forefront during the COVID-19 pandemic.

Housing segregation and the inequities it perpetuates are not new. Experts say they stem from decades of discriminatory practices like redlining - a system by which banks denied loans to people of color living in majority-Black and immigrant neighborhoods.

Redlining was outlawed in 1968 through the federal Fair Housing Act, which prohibited discrimination in mortgage lending and housing sale, rental or advertising.

"We're 50 years past the Fair Housing Act, but these inequities have really persisted to the present day," said Zillow economist Alexandra Lee, who researches how policy affects local housing markets. "Lack of access to these really important amenities sort of extends these inequities forward to future generations."

Lee's report on access to key amenities in communities of color, published by Zillow in June, found that majority-nonwhite areas in Philadelphia have about 65% fewer fitness and outdoor amenities such as parks, gyms and recreation centers. Lee's report also shows that there were 63% fewer health services, like hospitals, doctor's offices and pharmacies, than majority-white areas in the city.

"Philadelphia really exhibited some of the larger gaps in this amenity access across the country," Lee said.

"We know that housing segregation is, in part, a product of minority groups being unable to build the requisite wealth to break into homeownership," Lee said. "And a lack of access to these traditional finance institutions prevents these minority households from being able to access these wealth-building financial products."

Instead of traditional financial services, Philadelphia's majority-nonwhite neighborhoods have more than two-and-a-half times as many alternative finance options, including payday loans, title loans and pawn shops. These businesses tend to have predatory lending practices, such as high interest rates and difficult repayment terms, Lee said.

Unequal access to financial services is an issue for residents of majority-Black areas across the country, according to Lydia Pope, president-elect of the National Association of Real Estate Brokers.

"Many of them have to catch a bus for transportation or ride their bike to go to the nearest bank, which may be 10 plus miles away," Pope said. "So what do they do? They cash their checks at the check-cashing place and other places that charge high fees."

Relying on predatory lenders harms these residents' personal finances and makes it more difficult for them to become homeowners, which allows them to continue to be "siloed into areas that don't have access to opportunity," Lee said.

This cycle of segregation and inequity is a leftover effect of redlining, according to Chelsea Barrish, vice president of Program Impact at Clarifi, a Philadelphia nonprofit that combats housing inequities through financial counseling and support services.

"Not only did redlining overtly limit Black homeownership in certain neighborhoods, but it also created a disinvestment of resources to the neighborhoods where Black homeowners were located," said Barrish. "It creates these pockets in the city of lower-value housing, and it's primarily minority-owned housing as well." She added that large industrial complexes and high-density housing were built in these areas, further driving down home values.

"And then there are pockets that we see that are gentrifying in Philadelphia, where homes have been historically owned by people of color, they are more pressured to sell because the housing market is increasing so quickly," Barrish said.

Clarifi helps clients apply for grants from the city so they can afford down payments and home repairs. The organization also counsels clients on the risks of buying a home in today's competitive market - like being pressured into skipping a home inspection or making a larger down payment than they can afford. The organization also teaches them how to protect themselves so they can avoid foreclosure down the line.

To help clients build their borrowing power, Clarifi's financial counselors explain what payments are factored into their credit scores, so they can prioritize which bills to pay and which things to let slide during a crisis.

The Fair Housing Rights Center in southeastern Pennsylvania aims to eliminate the relics of redlining by homing in on redlined areas and looking for evidence of housing discrimination. Volunteers inquire about homes and interact with housing providers to identify discriminatory practices, such as giving more information about a home or offering better deals to white renters or buyers. Racial discrimination is often tricky to prove, McIver said.

"If you're not able to come with the proof, then the organization has staff that's trained in order to help generate the proof that's needed to file a complaint," she added.

The City of Philadelphia's Department of Planning and Development works to further fair housing through its "Housing for Equity" action plan. This plan includes programs to help first-time homebuyers cover down payments and closing costs, increase the availability of affordable housing, and prevent foreclosures and evictions, according to Fadullon.

"We're doing very well," Fadullon said, "but we always know we can do more."

The city's housing programs served 16,745 people in 2020, including 10,300 who are Black or African American, according to the department's online dashboard. They also produced 11,757 new housing units, including 6,595 affordable housing units.

"Unfortunately, again, we're not able to do it quickly enough," Fadullon said, "and so we're starting to see a lot more things happening zoning wise, where communities are sort of reacting in a very, I would say desperate way and putting these limits to development in their neighborhoods."

She added that solutions to housing segregation require resources: "And it's not just housing resources, it's education resources, it's access to healthcare, it's a living wage. All those things combine to further prolong things like segregation."

Despite efforts by the city and local nonprofits, Philadelphia's housing segregation problem doesn't seem to be going away. New home loans are almost as segregated as existing homes in the metro area. According to the ABC analysis: Almost half of the Philadelphia homeowners who got a mortgage in 2019 would have had to buy a house in a different neighborhood to create an integrated pool of new homeowners.

Philadelphia ranks only slightly better in home loans segregation than it does in housing segregation, tying with Boston and Buffalo for 17th most segregated out of the top 100 metro areas.

"This is a generations-long issue, and so it will take a lot of time to solve," Barrish said. "But we need to keep having conversations about the systemic inequities that impact people of color that live in Philadelphia, and we need to keep coming up with creative solutions to it."

She called on city leaders to work with the people of Philadelphia to "take communities that are currently redlined, currently racially segregated, where we don't have enough of the opportunity structure present, and start to bring in those resources."