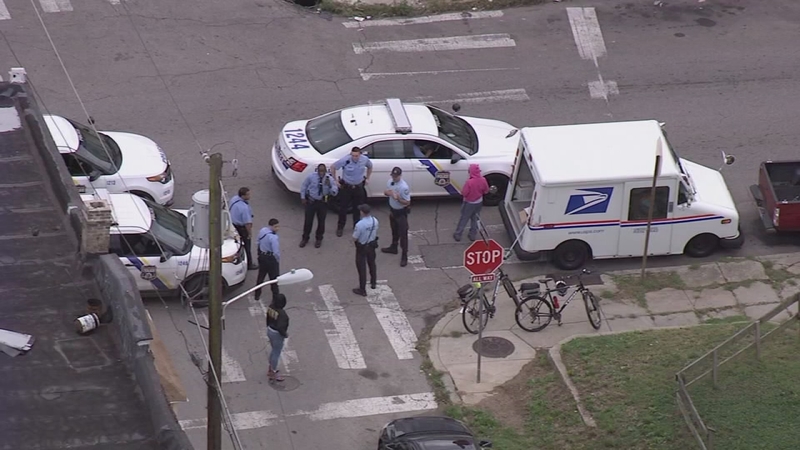 WEST PHILADELPHIA (WPVI) -- Police said a band of tweens stole several packages from the back of a postal truck Thursday afternoon.

According to officials a postal worker was delivering mail near the intersection of Edgewood and Chester streets around 5:20 p.m. when she looked toward her truck and saw three young boys rummaging through its contents.

"They go to the rear of the truck, they lift up the tailgate, they take 3 packages," said Lt. Johnny Walker of the Philadelphia Police Department. "They go about a half a block away, they open the packages up: one contained Adidas sneakers, one contained lady's bras and clothing."

Officers said they arrived on scene to see the three young males quickly opening boxes on the sidewalk. When the boys noticed the officers they split up, with two running in one direction and the other in another. Police said they were able to capture two of the youths, one of which was holding the aforementioned Adidas sneakers.

Police said they were able to capture all three boys and that they recovered the other two boxes from nearby bushes.

"It's just bizarre to me that these kids are doing this type of stuff. I mean you wonder where the parents are and what these parents are teaching these kids," said Walker.

Residents of the neighborhood were also shocked to hear how young the alleged thieves were.

"People just don't care, you know, they don't care about life," said Mildred McCrae. "They prefer robbing the next person to get what they want and it doesn't make any sense at all."

Robbing a US Postal truck and stealing packages are federal offenses which, according to officials, carry serious prison terms.