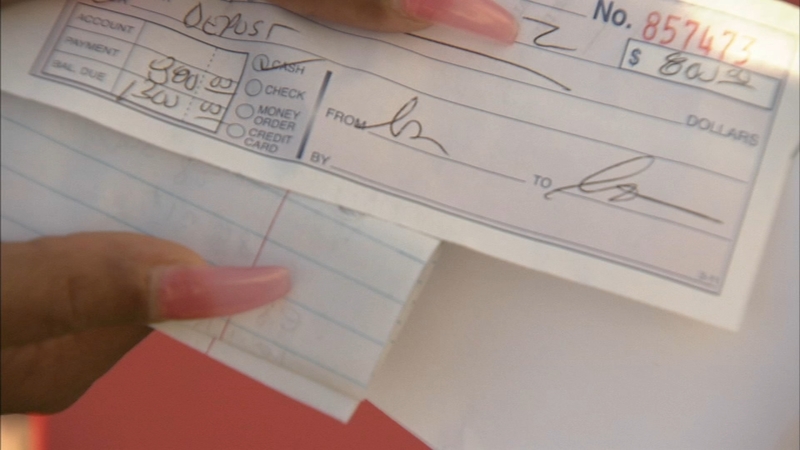 PHILADELPHIA (WPVI) -- Philadelphia police are investigating an apparent scam that left three women out of thousands of dollars in West Oak Lane.

The paperwork was as real as the cash. Yet, for the three victims, that's where the similarities stop because instead of joy over their new living quarters, there is fear and anger.

"He knows these houses in and out," said one of them women of the suspect; she asked we identify her as "Jasmine."

Jasmine lost $1,500 to the man she claims was posing as a prospective landlord.

Apart from having access to the homes he was showing, he talked the right talk and had all the paperwork needed to finalize the deal.

"He came to my job and he offered to get everything, bring me a lease, the receipt, and everything he needed for house," Jasmine recalled.

After giving the money to the man, who identified himself as Parker Lewis, she never saw him again. She then decided to check on the home she'd believed she'd be moving into.

Her friend Elizabeth Wall claims she was scammed by the same guy.

Wall called him after it seemed things with Jasmine were going well.

But soon, it became apparent the $2,800 she invested would not be going towards her new home. She now faces eviction.

"He had an answer for everything," Wall said.

Lourdes Rivera says it happened to her too, only she lost about $4,000 collectively. Her rent was going to be split with family.

All of the women say the man insisted on cash payments, which they admit seemed unusual, but not unheard of.

Philadelphia police say they are investigating at least two of incidents as fraud.

A search of the properties used indicated at least two of them were for sale. A listing agent for one tells Action News a lockbox was reported stolen at one of the homes.

All three of the women say they are hoping to track down the man to get their money back so they can find new places to live.