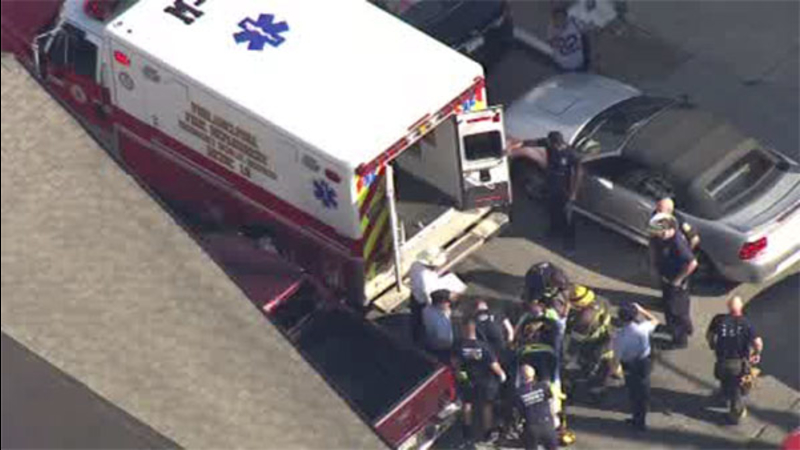 Driver taken into custody after crashing at block party

SOUTH PHILADELPHIA (WPVI) -- A driver was taken into custody and is facing charges after eight people were injured during a car crash in South Philadelphia.

Surveillance video shows the moment an SUV hops a sidewalk and barrels towards unsuspecting partygoers around 4:15 p.m. Monday.

From chopper 6 you can see tents and tables toppled on the 1500 block of South Ringgold Street.

"People was flying. People underneath cars. I've never seen anything like this in my life."

Another witness Kamileh Muhammad said, "She came down the street. She ran over old people. It was like eight people with a pregnant girl and kids out there, she ran over them on top of them. The car was overtop of them."

Another camera shows the SUV backing up seconds after plowing into the crowd, revealing the injured.

"Some say their legs hurt, they couldn't move. One was bleeding out the head and eye," witness said.

The driver told police her brakes failed, but witnesses don't believe it.

"Instead of turning into a car or a house or anything, she hit us all," witness Shanai Jackson said.

"They came out just for me," Eunice Ector said.

The partygoers were gathered to celebrate Ector's 80th birthday with a back to school party for neighborhood kids. The books, pencils and toys left strewn across the street.

Police towed the vehicle and will charge the driver with driving under the influence.

Meanwhile Ector is praying for her friends. One of whom is 94-years old.