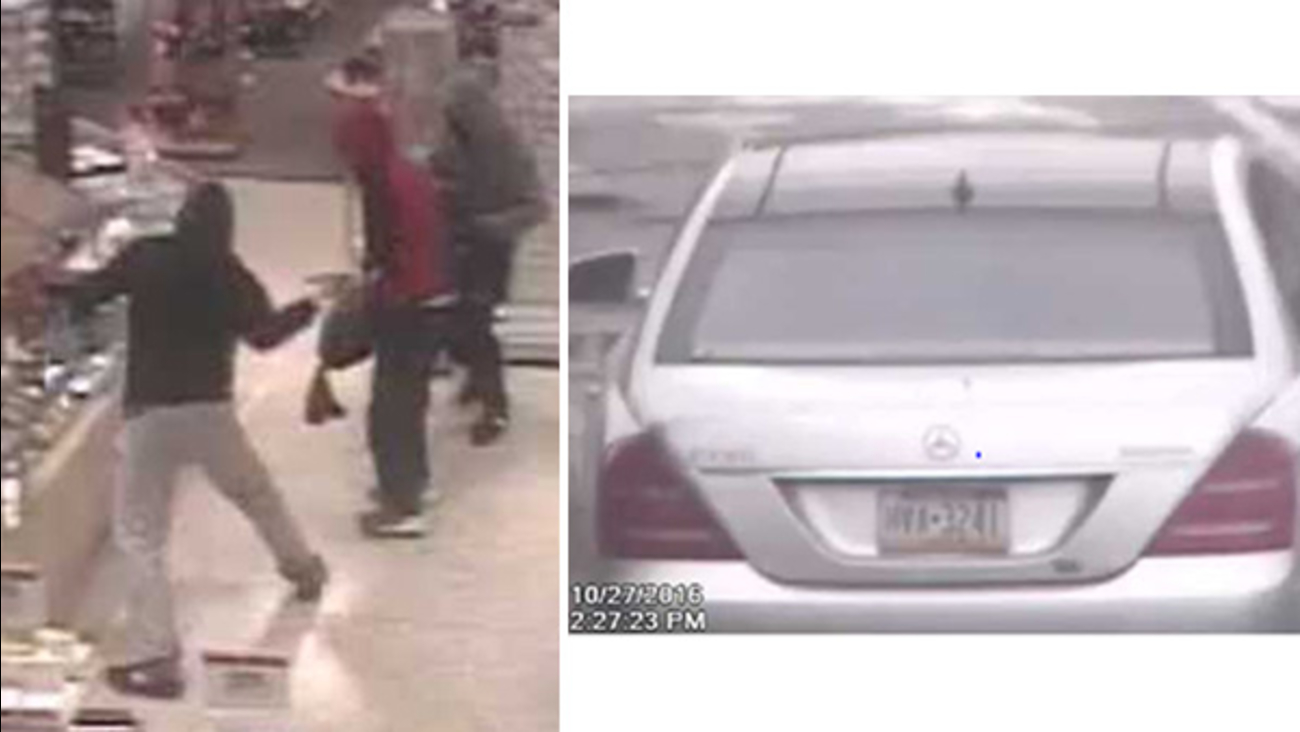 NORTHEAST PHILADELPHIA (WPVI) -- Philadelphia police have released surveillance images of a smash-and-grab robbery at a Macy's store in Northeast Philadelphia, that police say is connected to the Center City Boyds store robbery.