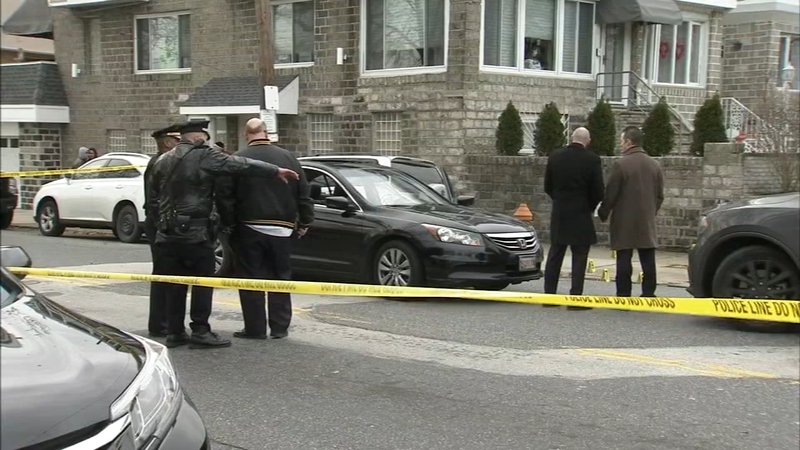 SOUTH PHILADELPHIA (WPVI) -- Philadelphia police have released the name of the driver who was shot and killed by an off-duty officer on Monday in South Philadelphia.

Khalil Lawal, 31, of Arlington, Virginia, was pronounced dead a few hours after the shooting.

It all began around 7:30 a.m. Monday near Broad and Bigler streets.
EMBED More News Videos

Chopper 6 was over the scene of an officer-involved shooting in South Philadelphia on January 29, 2018.

Investigators say Lawal apparently tried to use his black Honda to hit a person who had just gotten out of a car.

Then, on foot, Lawal chased another person who had tried to detain him, and then charged at the off-duty officer after he approached, leading to a violent struggle.

During the struggle, the officer fired about ten shots, hitting Lawal in the torso, legs, and face.

The detective suffered minor injuries and has been treated and released from the hospital.

The struggle between the suspect and the officer was caught on video, Commissioner Richard Ross said during a news conference late Monday.

However, he said he was concerned about the number of shots the detective fired.

The entire incident remains under investigation.