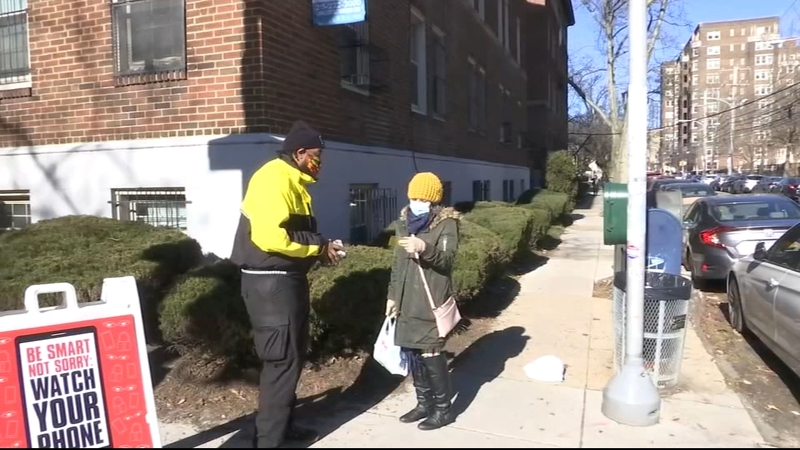 PHILADELPHIA (WPVI) -- Public safety ambassadors are hitting the streets in the 18th Police District in West Philadelphia in an effort to prevent crime.

The University City District runs the program and they usually ramp efforts when they notice an alarming trend. Right now, the focus is robberies, which have been up since December.

"We're reminding people to be aware of their surroundings. Reminding them of their options that if you're going anywhere you can have an escort that's 100% free," said veteran safety ambassador Turhan Freeman.

Anyone can use an ambassador to make sure they get to where they need to be safely, whether or not they live in the district.

Since December, police said there's been an uptick in robberies, a total of 45 robberies.

Police said the crime is mainly from juveniles, and so far they've made nearly 20 arrests.

Capt. Matthew Gillispie said the ambassadors are their right hand and have made a huge impact on combatting the issue.

"Since the University City District and ambassadors have worked with us over the last two weeks, we only had two robberies in the entire 18th District. And they really didn't happen in this area," Gillispie said.

The safety ambassador program has been around for more than 20 years and is voluntarily funded.

People can use the escort service 7 days a week from 10 a.m. to 3 a.m. Officers usually arrive 5 minutes after someone calls.