The Philadelphia Phillies 'Homer Hat' is a big hit 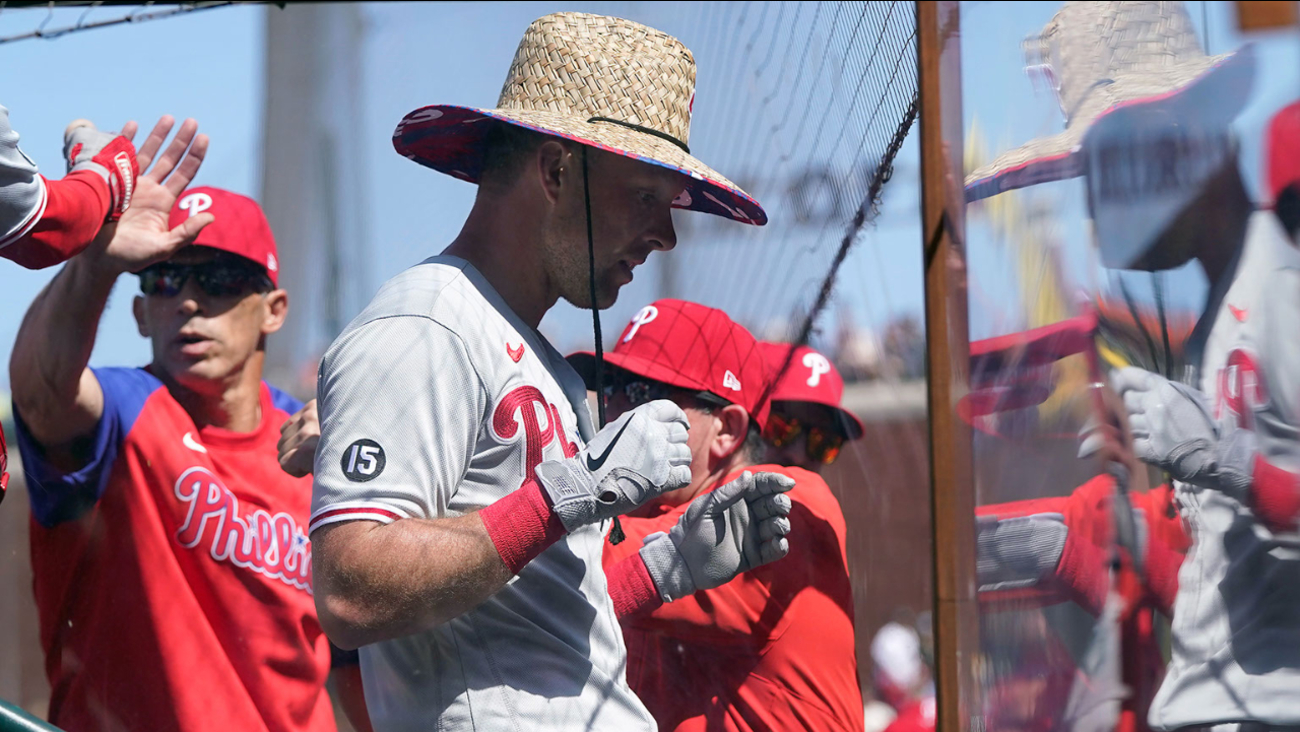 PHILADELPHIA (WPVI) -- You could call it a rally cap, but the Philadelphia Phillies call it their "Homer Hat."

Every time a player hits a home run, they're fitted with a straw hat as they head to the dugout.

"We're trying to become a team any way we can, have more fun together," said Phillies catcher J. T. Realmuto. "I don't want to say we're boring, but we are more of a serious group. So it's nice for Archie to bring the team together, and we look forward to when guys hit homers."

Tip your cap to reliever Archie Bradley, he helped pitch the idea for fun and to build camaraderie. It's been a hit.

"When you're not playing baseball the way you think you're capable of, you're always looking for something to get the team going," said Bradley.

The "Homer Hat" was not the first idea the Phillies tossed around. Initially, they came up with the idea of having guys ride a scooter through the dugout after a homer, but that idea was a swing and a miss for obvious reasons.

"We kicked around riding a scooter but we bailed on that just in case someone rolled an ankle," Realmuto says with a smirk.

"Yeah, I think it's probably safer than a scooter in these tight quarters," said Phillies manager Joe Girardi with a smile.

Hey, if this is their good luck charm and it helps get them to the playoffs, hats off to the Phillies.