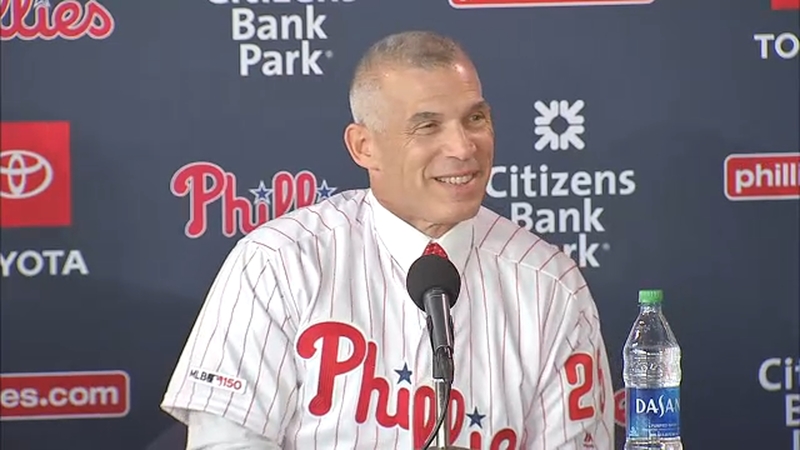 This one was about all-time Phillies great Ryan Howard.

It was 2006 and Girardi was the manager of the Florida Marlins.

"My son was 5 years old and loves this big slugger on the Philadelphia Phillies and his name is Ryan Howard. He says, 'Dad. do you think you can get his autograph for me?' I'm like, 'Yeah, sure. I think so.'"

Now, after a slow start, Girardi and his Marlins were in the playoff hunt and knew what damage Howard could impose on their team.

"At this point, I think, (Howard) had 13 home runs against us in 16 games. Absolutely was killing us," Girardi said.

So they were cautious when came to the Big Piece. Girardi believes they walked Howard two or three times in the first game of the final series against the Phils.

"I said nah-ah, not facing this guy anymore," Girardi said.


But he still sent the ball over to the club for Howard to sign for his son.

Howard returned the ball, but with a note.

"So he sends the ball back over and says, 'I will sign the ball if you stop walking me,'" Girardi said.

"I sent the ball back over and I said, 'I will stop walking you if you stop hitting home runs against me,'" he said.

In the end, Girardi said, "I eventually got the baseball, so Ryan, thank you."

This is just one of many stories Phillies fans get to look forward to as the new Joe Girardi begins.