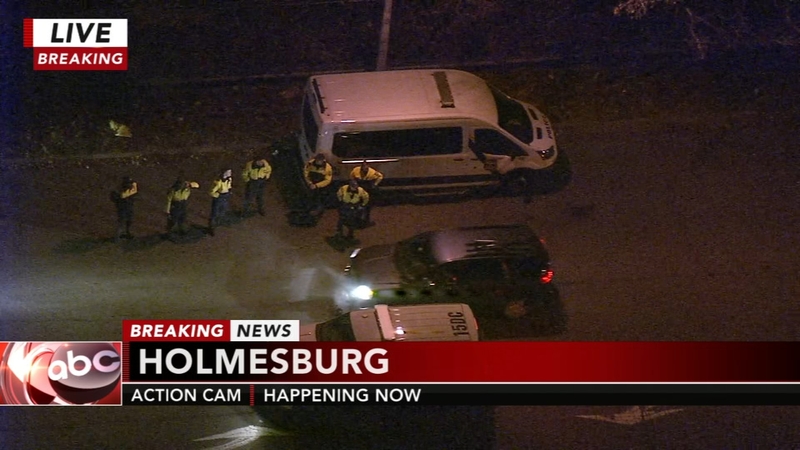 Chopper 6 was over the scene just after 10 p.m. in the area of the park south of Holmesburg Prison.

Initial reports said the suspects were in a van that sped away when spotted by police.

Police said the van drove through Holmesburg before coming to a stop along a trail in the park.

Police managed to catch three suspects, but for some time, a fourth suspect was on foot in the park. That suspect has since been captured.

It is not clear what or who the group allegedly robbed.

Police say there were no shots fired.