"She was standing on the sidewalk when she got struck by stray gunfire," said Philadelphia Police Chief Inspector Scott Small.
WPVI
By Corey Davis 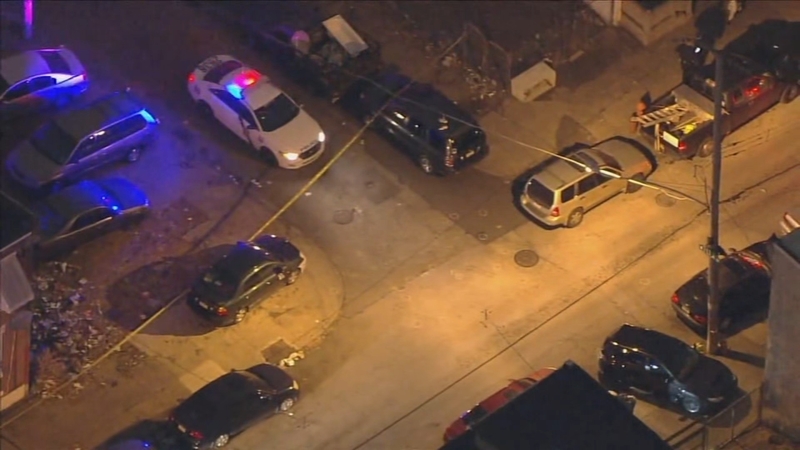 PHILADELPHIA (WPVI) -- Philadelphia police believe a mother was struck by a stray bullet during a shooting that killed one man and injured another in the city's Kensington section.

The shooting happened around 7 p.m. Monday near the intersection of B and East Cambria streets, according to investigators.

Police said a 44-year-old mother, who was an innocent bystander, was shot in the back while in front of her home with her kids inside.

"She was standing on the sidewalk when she got struck by stray gunfire. (She) ran back into her house because she had children inside. She was concerned for their safety, concerned for her children's safety. So, even after being shot in the back, she ran inside the property to be with her children," said Philadelphia Police Chief Inspector Scott Small.

Small also said the woman was rushed to an area hospital in critical condition.

More than 40 shots were fired from at least two guns, according to police.

Investigators said a 20-year-old man was shot in the chest and later died. A 46-year-old man also was shot but is now in stable condition.

"We know the 20-year-old male who died only lived about a half a block away from where he was found on the 200 block of East Cambria," Small said.