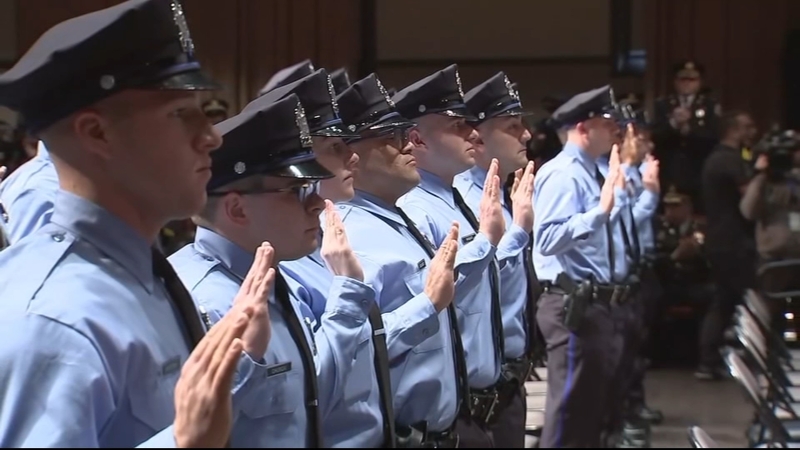 PHILADELPHIA (WPVI) -- A new ordinance passed by Philadelphia City Council requires anyone interested in joining the police force to be a resident of Philadelphia for at least a year.

Leaders with the Philadelphia Police Union are furious and they say it only dwindles the capacity of the force when the homicide rate is spiking. The change was implemented last summer but now more recruitment efforts are underway.

For Lelan Brown from Ewing, New Jersey, the announcement comes as a rude awakening. After two years of training to become a Philadelphia police officer, he was pulled from taking the test to progress to the next step in the process.

"I felt surprised. I felt frustrated. I feel like the last two years of my life were just wasted," Brown said.

The residency requirement was passed right after the death of George Floyd. City Councilman Kenyatta Johnson said the goal was to have a more diverse department.

"We believe we can foster and create a better relationship between members of our community, as well as the City of Philadelphia police officers," Councilmember Johnson said.

"We have individuals leaving the police department in droves for retirement, for other positions at other police departments and the manpower is probably at its lowest it's been in years," Vice President of FOP Lodge 5 John McGrody said.

Those with the union add recruitment was already significantly low, then add to that the homicide rate spiking and summer vacations coming up. Also, going through the academy takes nine months and not every recruit can finish.

But for potential recruits like Brown, who was well into the process, he said the new requirement rules him and hundreds and thousands of others out.