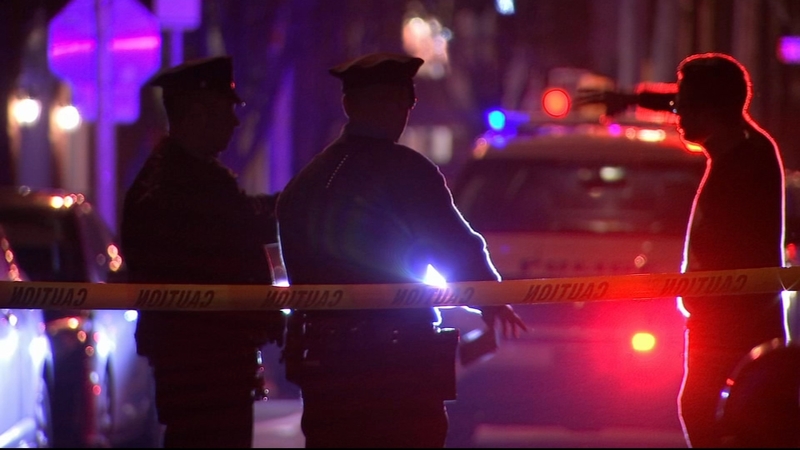 PHILADELPHIA (WPVI) -- In Philadelphia, police are having trouble finding new recruits to join the force, even as officials say the department is severely understaffed.

The eye of the storm revolves around several issues including a dramatic rise in the number of Philadelphia police officers filing for retirement, a diminishing pool of young people who even want to be a big city cop, and the suspension of new officer training because of the pandemic.

Under normal circumstances, there would be dozens of new recruits coming in for training every three months.

Now though, the most recent class graduated last December, and the next one isn't expected to begin until next month.

"And you got to remember that once you go into the academy, it takes you about 10 months to finish. So, we're not looking at putting any boots on the ground until maybe next Spring," McNesby said.

Then, you throw in the recent changes to the department's residency rules mandating all police trainees live in Philadelphia before they enter the academy.

"Nobody is going to move to Philadelphia hoping that they get a job. They want to make sure they secure employment, then move in," he said.

Richard Vona, director of the Bucks County Police Training Center, said all of these issues are also inspiring younger officers from the city to seek employment in the suburbs, and not just from Philadelphia. His spring testing dates are filling quickly.

"The application has only been open for a week," Vona said. "But I do see a number of officers from some of the bigger cities like New York and Philadelphia."

McNesby says the Philadelphia Police Department is already understaffed to the tune of hundreds of officers.

"Coupled with the pandemic, in the future, getting classes in and getting them through the academy, we're at dangerously low levels," he said.
Report a correction or typo
Related topics:
philadelphiacrimephiladelphia policejobs
Copyright © 2022 WPVI-TV. All Rights Reserved.
TOP STORIES
AccuWeather Alert: Rain To Snow This Morning
Messy morning commute expected in Philly region ahead of snow
Police, SWAT called to multiple barricade incidents in Philly
School Closings
Find out which schools are closed in your district.
Check School Closings and Delays
Woman beaten to death with 2 pipes inside office building
Woman stuck in bathroom for days gets saved by neighbor
Show More
House on the move left on Jersey Shore street for the night
Suspect captured in killing of woman, 24, working at furniture store
Cardi B offers to pay for funerals of all 17 Bronx fire victims
Health department issues new COVID-19 guidance for Philly schools
Embiid ties career high with 50 points, 76ers beat Magic
More TOP STORIES News