When officers were questioning 25-year-old Amir Dickerson, they realized there was a gun in the vehicle.
WPVI
By 6abc Digital Staff, George Solis and Katherine Scott 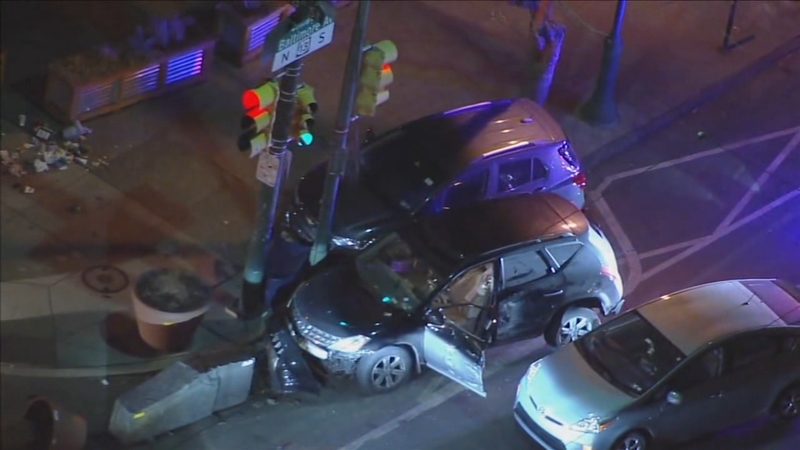 Philadelphia officer dragged by SUV after questioning driver about gun

PHILADELPHIA (WPVI) -- A Philadelphia police officer was hospitalized after he was dragged for five blocks while inside a vehicle following a traffic stop on Tuesday night.

It happened around 9:15 p.m. at 53rd Street and Baltimore Avenue in West Philadelphia.

You could hear the panic in the police radio call.

"My partner's trapped inside the vehicle!" said one officer.

Police say a Nissan Murano being driven by 25-year-old Amir Dickerson had an expired temporary tag and its brake lights were out. 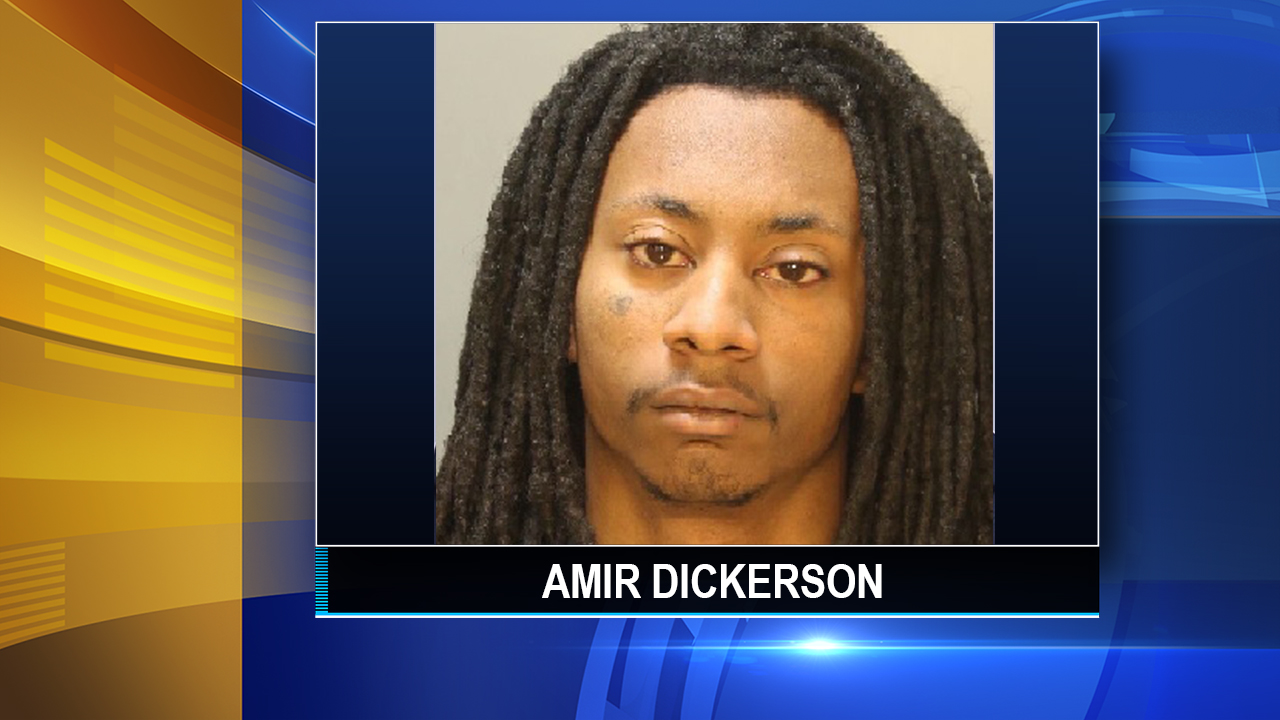 The officer told Dickerson to turn his vehicle off and he complied.

But when officers were questioning him, they realized it appeared he had a gun in a sweatshirt pocket.

Police say when officers asked about the gun, Dickerson immediately reached for the gun and the officers reached for his arm.

Chopper 6 video: A Philadelphia police officer was hospitalized after being dragged inside a vehicle while trying to arrest a suspect on Jan. 25, 2022.

Police say Dickerson then turned the SUV back on and took off while a 30-year-old 18th district male officer was still partially inside.

The officer's legs were reportedly hanging out the driver's side door.

"The male was reaching for the gun. Even though the police officer was telling him to just show his hands, don't reach for what appeared to be the gun, and he reached for the gun very quickly. The officer reached into the car to get control of the gun. That's when the male restarted the vehicle and took off at such a high rate of speed, it dragged the police officer," Philadelphia Police Chief Inspector Scott Small said.

The officer was dragged for about five blocks, more than a half a mile, before Dickerson collided with multiple parked cars and a large slab of concrete at 48th Street and Baltimore Avenue, police said.

"It went at such a high rate of speed, the police officer more than likely had to hold on for his life rather than fall out of the vehicle where he could've been run over or killed or hurt really, really bad," Small said.

The impact of the crash deployed the vehicle's airbags.

The officer was taken to an area hospital to be evaluated for non-life-threatening injuries.

Dickerson was taken into police custody. He was also evaluated at a local hospital and has since been released.

Dickerson has been charged with Aggravated Assault, VUFA, Resisting Arrest, Fleeing Police, and other offenses.