Police say officers were on patrol when they discovered a stolen car that was wanted in connection with a carjacking.
WPVI
By 6abc Digital Staff and Katherine Scott 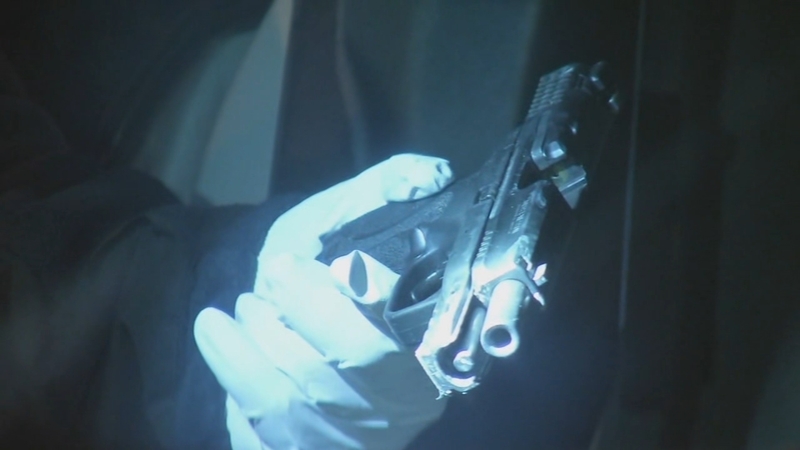 PHILADELPHIA (WPVI) -- Authorities say a 17-year-old carjacking suspect drew a weapon as police tried to apprehend him and one officer fired a shot in South Philadelphia.

Around 4:30 p.m. Wednesday, officers on patrol located a stolen vehicle on Reed Street. Police say the vehicle was taken at gunpoint during a carjacking on Whitaker Avenue on Tuesday.

The suspect was standing next to the car.

Police say as officers approached in their marked vehicle the suspect took off on foot, running west on Reed then south on Broad Street, before turning onto Dickinson Street.

"I was driving north, then he ran in front of the car to the right of me and then ran in front of my car. I was thinking he was going to try to (carjack) one of them but didn't, and then they turned the corner," Coggins said.

At that point, two plainclothes Philadelphia task force officers started approaching from the other direction.

As the suspect ran towards them, one of those officers tried to take him into custody.

That's when police say the suspect pulled out a weapon.

"One of the South Task Force officers attempted to apprehend this male and a scuffle ensued. During that scuffle, the offender produced a handgun and raised it in the direction of this task force officer. The task force officer raised his firearm, fired one shot which did not strike the suspect and then was able to get the weapon away from him and make the arrest," Philadelphia Police Sgt. Eric Gripp said.

Coggins said he saw the police go after the suspect.

"I saw the cops come in after him...(the officer) looked like he was going to catch him, and then they turned this corner and that's when I heard the gunshot," Coggins said.

No one was injured and the teen was taken into custody.

The Action Cam recorded investigators examining a gun at the scene.

The City of Philadelphia has been dealing with a rash of carjackings.

"As we know this is an issue that's been happening throughout the city, and we have folks out there - in this case a 17-year-old child - that has no business to have a handgun in their possession, and it looked like they were willing to use it," Gripp said.

As is police protocol, the officer who fired the shot has been placed on administrative duty pending the outcome of the investigation.