Philadelphia Residents Buying Guns as reported by Bob Brooks during Action News at 11 on June 1, 2020.

PHILADELPHIA (WPVI) -- It's too soon for sales data, but when gun shops are seeing lines that stretch outside the store, it suggests the riots are prompting some people to protect themselves with firearms.

The line stayed consistent at about a dozen deep on Monday. People were buying guns and ammo at Founding Fathers Outfitters off Ridge Pike in Montgomery County, Pennsylvania.

In the words of Sal Salhiah of North Philadelphia, "If somebody walks into my house, he's done. That's the only thing I can say."

He says Sunday night's crowds did break into his neighbor's property.

Salhiah has a little girl at home.

"My daughter is sleeping upstairs in the next room. It's not about watching. Anything that you see on the TV is a mess but when you see it in real life, that's scary," he says.

Also in the crowd was Henry Zhang, who lives in West Philadelphia near much of Sunday's chaos.

"I saw people burning down peoples' houses to get to stores that are connected to the houses," said Zhang.

He says he's buying a gun but prays to God he doesn't have to use it.

"The implication is it's a gun and if somebody comes into the house, what am I gonna do?" said Zhang.

A man named John, who works in private security, tells Action News after the last two days he's bulking up his arsenal.

"It's definitely because of what I witnessed the last couple days, the more the better," he says.

The owner says his guns, meant for law-abiding citizens, almost fell into the wrong hands two nights ago.

"A group of looters decided to park down the street and then tried to bash in our front door. Unfortunately for them, we have special glass," said John.

On Monday night, in South Philly at 17th and Packer Avenue, residents were armed with assault rifles and baseball bats. 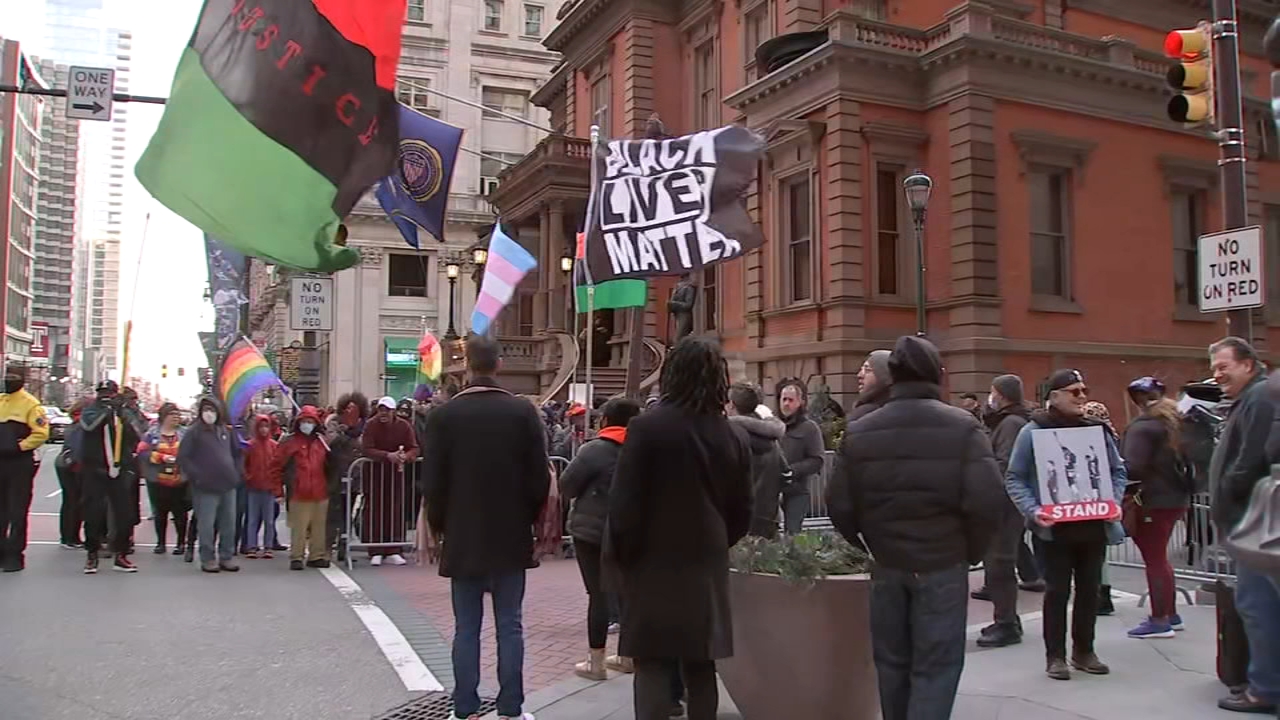