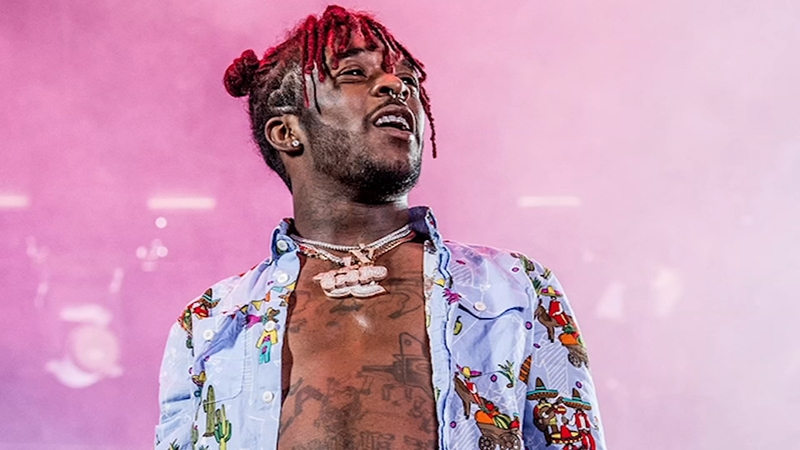 PHILADELPHIA -- Where most may ask for a picture or autograph when meeting a celebrity, one Temple University student decided he'd try his luck at getting a little bit more, well a lot more.

Twenty-year-old Raheel Ahmad said when he heard his favorite rapper, Lil Uzi Vert was around a King of Prussia Mall department store Thursday, he sought the Grammy-nominated artist out.

Ahmad pulled out his phone and began recording the interaction.

The bold move appearing to resonate with the native Philadelphia rapper.

"90 grand? I could pay that," Lil Uzi Vert replied. However, he wanted to make sure Raheel was serious about continuing his education.

Action News spoke with Raheel about the interaction Friday.

"I see him and I'm just like in the back of my mind, I wasn't expecting anything, I was like you know what? Why not? Ask Uzi if he could help me out," he said.

Raheel said he wasn't looking for a handout, he said part of what motivated him to be so bold was to help out his family.

" It's hard for a lot of kids, but my mom is actually single widow mom and I'm the man of the house now as well, so I got to make something of it," he explained.

He said he's already sent Lil Uzi Vert all the documents he promised, but so far he has not heard back.

But, based on their interaction, he's hopeful his favorite artist will come through.

" I'll just say shoutout to Uzi, and thank you if actually do come through this, greatly appreciate it, and one love," Raheel said.