Philadelphia lifts most COVID-19 restrictions, but indoor masks remain | Everything you need to know 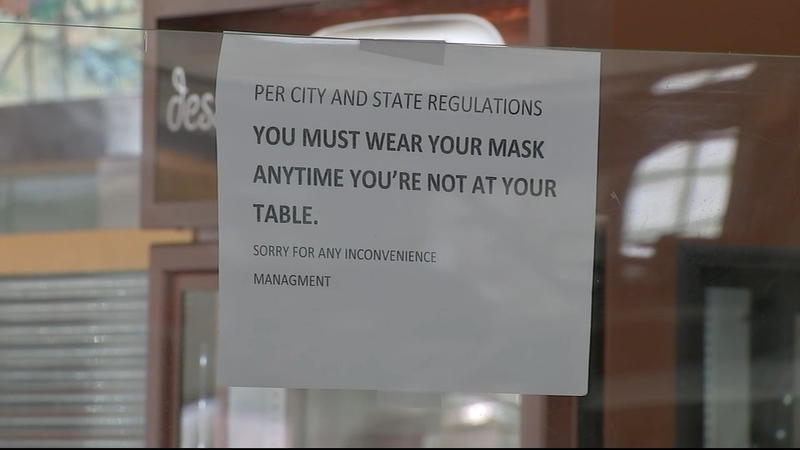 PHILADELPHIA (WPVI) -- The remaining capacity limits and social distancing requirements for businesses and events have been lifted in Philadelphia as of Wednesday. The news comes more than a week earlier than originally planned.

Two restrictions still remain: Indoor mask wearing - with the exception of eating or drinking - and the 11 p.m. last call for bars and restaurants - instead of the pre-pandemic 2 a.m. last call - continue in the city for now. 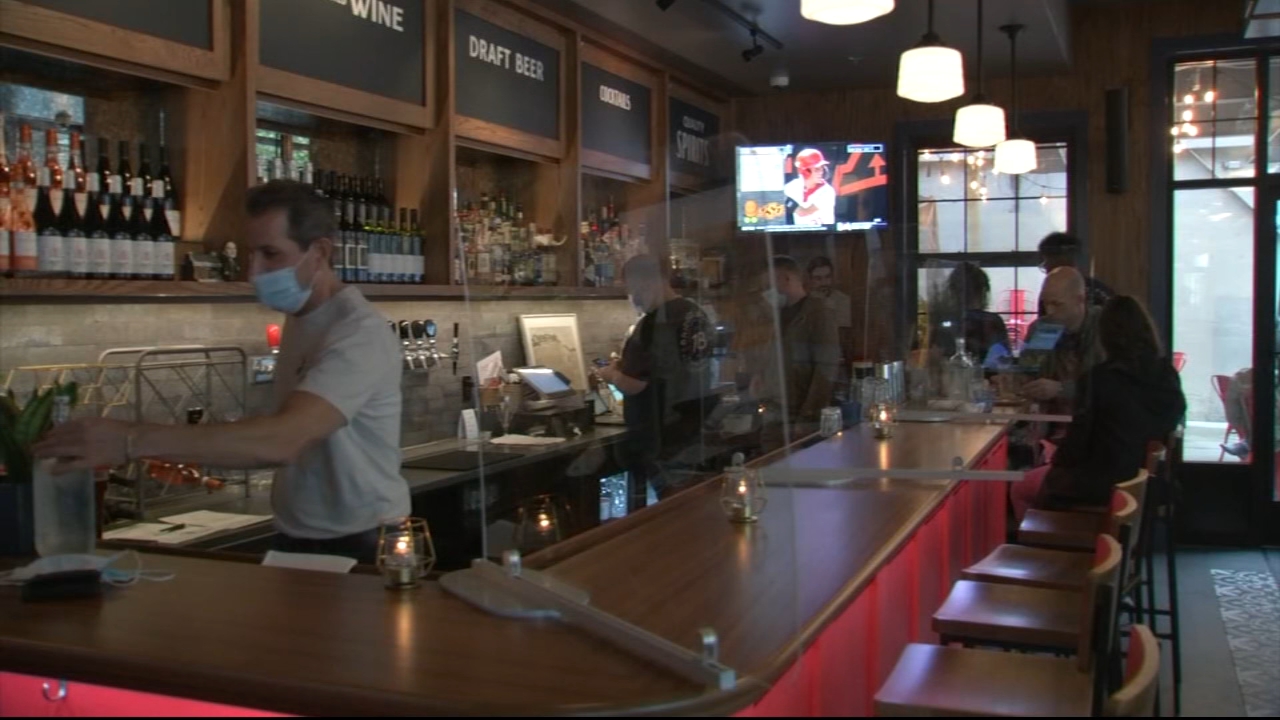 Philly to drop additional restrictions on June 2
After over a year of pandemic restrictions, guidance and precautions, the Delaware Valley is in the process of reopening.

The Phillies and Sixers both released statements celebrating a return to 100% capacity in the midst of a new home series and a historic playoff run.

The Wells Fargo Center is expected to be packed when the 76ers take on the Washington Wizards in Game 5 Wednesday night.

As far as restaurants go, officials with the Pennsylvania Restaurant & Lodging Association said they are of course celebrating, but also want to remind the public that operators may still have their own rules after restrictions are lifted. 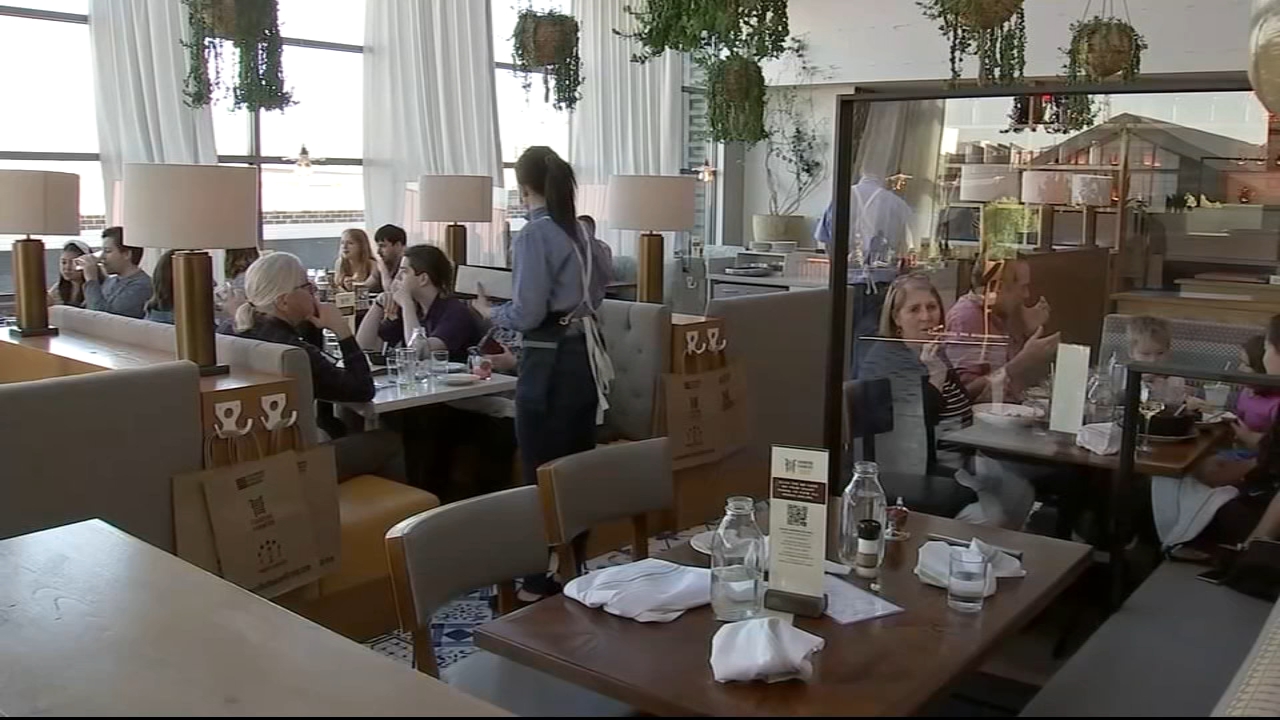 Nearly all COVID-19 restrictions now lifted in Pennsylvania: Here's what you need to know
EASING RESTRICTIONS: Pennsylvania has lifted restaurant and business restrictions, as well as gathering limits. Philadelphia will follow later this week.

"It's really up to the individual operator and it's personal responsibility," said PRLA Director of Operations and Strategy Ben Fileccia.

Still, for some restaurants, this is the light at the end of what's been a long and twisted tunnel.

At Heritage Bar and Restaurant in Northern Liberties, bartender Steve Vaiani said he will now have 26 seats at the bar instead of 14.

"We'll be able to have a full bar, I've been waiting 15 months for that. The money is a no-brainer, but part of it is like talking to the people and having social interactions, which a lot of people haven't had over the last year and a half," Vaiani stated.

At Porcini in Rittenhouse, Chef Steven Sansone said they can seat 30 people when they are at 100% capacity, but they may wait to do that even though they can.

"It's for the comfort of the guests. We'll ask the people first who are seated if we can do that, and we will see if it will come back that we're on the right track," said Sansone about the 24-year-old business he runs with his brother.

Philly to drop additional restrictions on June 2
After over a year of pandemic restrictions, guidance and precautions, the Delaware Valley is in the process of reopening.

Gyms can also expand to 100% capacity.

"Now that we can open full time, that's a good thing because we're going to open our doors to summer camp," said Jackson.

Jackson said they will keep their appointment-only policy that began during the pandemic, but above all wants to make sure that his customers feel comfortable.

"At the end of the day, we still have a moral responsibility. They still are finding strains out there, so we're still trying to keep it not too much different than how it was but open the doors just a little bit," he said.

So, when could the mask be gone by? City officials said if the trend continues as it has been, there's a chance that masks along with the 11 p.m. last call could be gone by June 11.

The rest of Pennsylvania lifted most of its COVID-19 restrictions on Monday, but masks are still required indoors for those not vaccinated.

The remaining capacity limits and social distancing requirements for businesses and events will be lifted in Philadelphia on Wednesday.