School District of Philadelphia students can now identify as non-binary

Students are allowed to change their gender without providing legal documentation or a guardian's consent.
WPVI
By TaRhonda Thomas 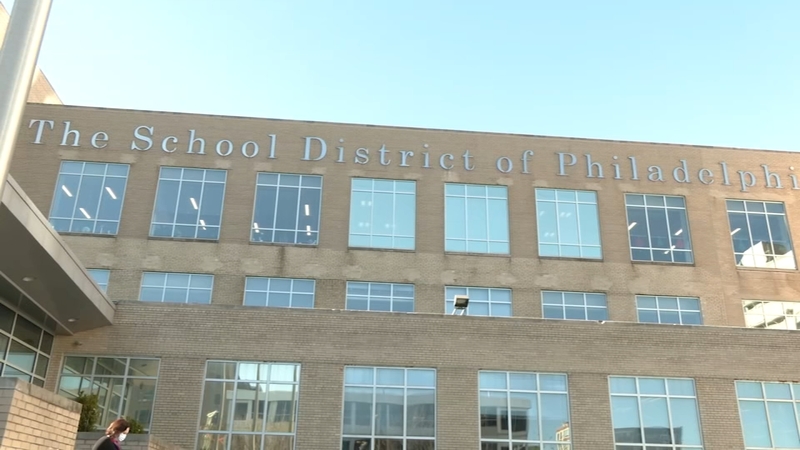 PHILADELPHIA (WPVI) -- For the first time, students in the School District of Philadelphia have control over how their gender identity is reflected.

On Monday, a new policy went into effect that allows students to identify as non-binary.

"We do understand that today a lot of individuals do not identify with the gender to which they were born," said Monica Lewis, spokesperson for the School District of Philadelphia.

The district now provides students with an option to fill out a form that allows them to change their gender identity.

"It really is as simple as downloading the form and then identifying with whichever gender, whether it's male, female or the non-binary option," said Lewis.

The preference that the student chooses will be used in school tools like Google Classroom and in school-facing systems that include report cards and school district records.

The change will not be reflected in state records. Pennsylvania is still required to record information that correlates with a student's legal birth certificate.

The new non-binary option falls in line with the school district's Policy 252.

"Policy 252 is a policy we have in place to affirm the rights of students who are transgender," said Lewis.

Students will be allowed to change their gender, including the non-binary option, without providing legal documentation or a parent or guardian's permission.

John Fisher-Klein, executive director of The Attic Youth Center which focuses on LGBTQ+ youth, realizes the lack of a parental permission requirement could be a sticking point for some parents. He offers this advice to parents who are concerned.

"I would make a plea to the parent," he said. "And that plea would be to create a space where your child can be authentically themselves."

Comparing the School District of Philadelphia to other major school districts across the country, one finds similar gender identity options in place.

In a letter to parents, School District of Philadelphia Superintendent Dr. William Hite says the new policy is "an important step forward in our effort to become a more equitable and inclusive school district."

There are no figures to show how many children in the district currently identify as non-binary.

The 6abc Data Journalism Team tallied information from a bi-weekly census survey. It found that across the Philadelphia, Camden, Wilmington metro area, 1.1% of survey respondents didn't identify with any gender listed. The figures were about the same nationally.

"As we begin to be a more inclusive society and open up more, you're going to see more than one percent," said Fisher-Klein.

"Regardless of the number," said Lewis, "(the goal is) that any child feels like they are safe and they belong."