Philadelphia to scan middle schoolers for weapons beginning next week

"It's about keeping our children safe," said Chief Kevin Bethel of the Office of School Safety.
WPVI
By Dann Cuellar 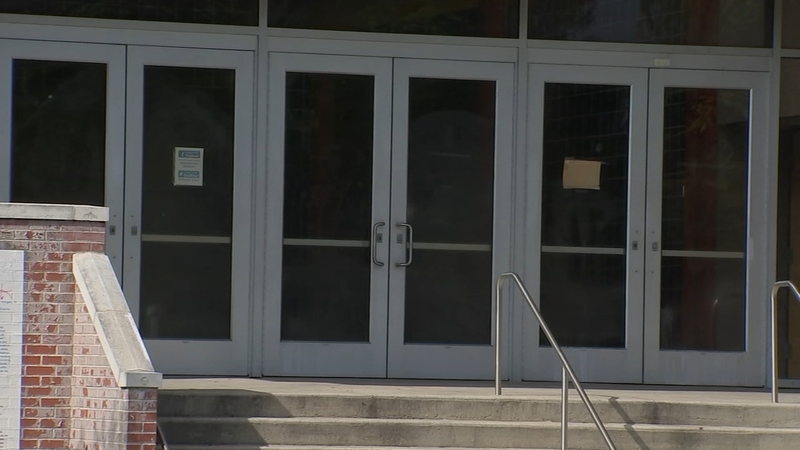 Philly to scan middle schoolers for weapons beginning next week

PHILADELPHIA (WPVI) -- The School District of Philadelphia is launching a new security measure that some parents might consider controversial.

"It's about keeping our children safe," said Chief Kevin Bethel of the Office of School Safety.

He says for years now, they have had metal detectors installed at all high schools in the district to screen for guns and other weapons. But it was only until recently that weapons began surfacing at elementary and middle schools.

"I've had two incidents where guns have come into school. I have another incident where a young man, a young student was observed on a video firing a weapon a block from the school," said Bethel.

Beginning next week, the district will use hand wands or metal detectors to scan all sixth through eighth graders at least once before the end of the school year.

According to a letter sent to parents, the scans will be conducted randomly at schools by school safety officers in the presence of at least one school leader.

"I'm a father of three girls and my daughter graduates from high school this year. I know what it's like, these are our children, these are my children," said Bethel.

Most parents we spoke with supported the move.

"I see young kids as young as elementary school are getting their hands on these weapons so I honestly do feel like it's kinda necessary," said Cathiana Etienne of Juniata Park.

"And the gun violence in the city is crazy right now, so I think it's a good idea," said Jocelyn Baron of Port Richmond.

But some critics argue that this is over-policing that continues to criminalize children.

"I think metal detecting children is kind of absurd. And I mean certain situations I could understand it, but overall? No," said Michel DiCastelnuovo of South Philadelphia.

"I know sometimes it gives some people pause but it's not about criminalizing anyone or targeting anyone. It's about making our folks feel safe," said Bethel.