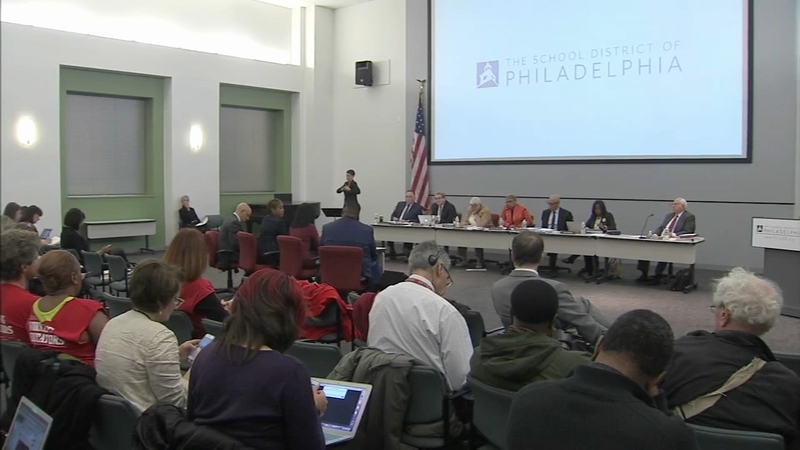 PHILADELPHIA (WPVI) -- By a vote of three to one, with one abstention, the School Reform Commission put itself on a course to end its authority, giving control of Philadelphia schools back to the city.

Mayor Jim Kenney will replace the SRC with a local school board, appointed by him and approved by City Council.

"I'm excited about the potential of having an appointed school board because the people will begin to have a voice, a stronger voice," said Pastor Pamela Williams.

In a statement, Mayor Jim Kenney said in part, the buck will stop with one person - the mayor.

"It's going be a tough road. We have a $700 million dollar shortfall. Although we're no longer technically distressed, we need additional resources in order to deliver to our kids the kind of education they deserve," she said.

SRC commission member Farah Jiminez abstained, saying the district does not meet the standard to be certified as no longer in distress by the Secretary of Education.

"There's a $700 million deficit, forecast in capital repair needs of 5 billion and counting, and even if we use the fuzzies of math that to me adds up to distress," said Jiminez.
And Bill Green cast the lone no vote.

"I do favor local control, I said that when I joined the SRC," Green said. "I just wish the city had put its money where its mouth is before asking for control."

A distressed school system is the reason the School Reform Commission was put together 16 years ago. But with the Secretary of Education expected to certify the district as no longer in distress, Mayor Kenney will appoint a 13 member nominating committee for new board members next month.

New board members would then be named in late February or early March.