Authorities say the 28-year-old suspect was shot multiple times by officers before he fled the scene.
WPVI
By 6abc Digital Staff PHILADELPHIA (WPVI) -- A homicide suspect remains hospitalized after he was shot during a gun battle with SEPTA transit officers in Philadelphia's Kensington section, according to the police.

Two transit officers were called to the 3100 block of Kensington Avenue around 3:45 p.m. Wednesday for an unrelated investigation.

But while the officers were at the scene, a male suspect started shooting at another man.

Action News obtained video of a crowd of people fleeing just as the gunman started to fire his weapon. 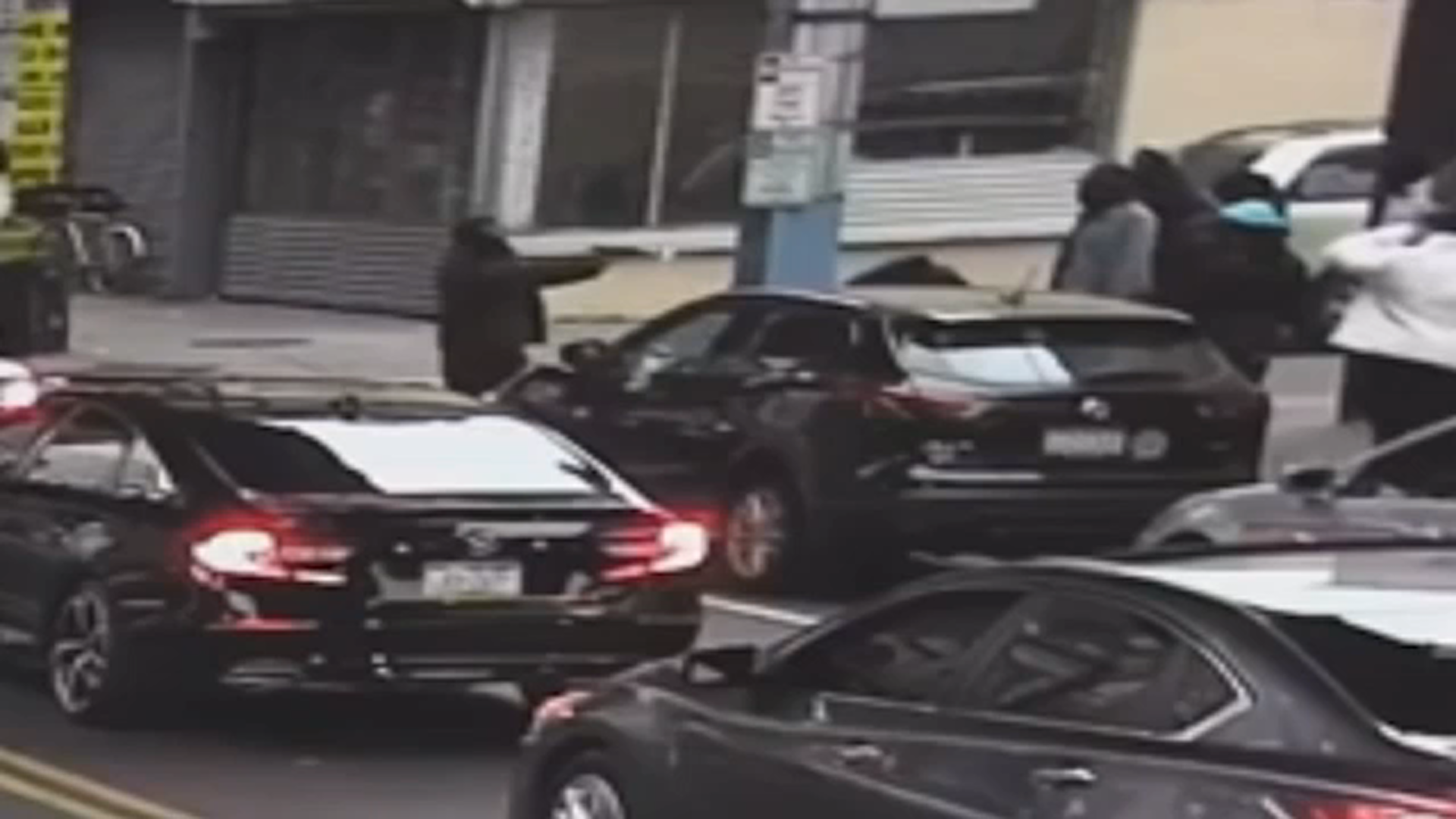 As the bullets rang out, the officers ordered the 28-year-old suspect to put down his gun, but police say he started to run.

"A gun battle ensued. There was a chase that went around the corner," Nestle said.

Philadelphia Police SWAT teams arrived on the scene. Scores of police searched for the suspect.

"Between Philadelphia police and the transit police, this block is never left without police officers. There are police officers here all of the time. And these bad guys don't care," Nestle said.

Authorities say the 28-year-old suspect was shot multiple times by officers before he was able to get away.

Police say the suspect was driven to the Hospital of the University of Pennsylvania before eventually ending up at Penn Presbyterian Medical Center to receive treatment for multiple gunshot wounds. He was listed in critical condition.

The driver was being questioned by police.

No officers were injured in the shootout.

Police say the man initially shot by the suspect died at the hospital.

It's still unknown how many shots were fired by the officers.

The detectives will be put on routine administrative leave as the investigation continues.