Police say two vehicles were traveling east to west on Allegheny Avenue when at least 30 shots were fired.
WPVI
By 6abc Digital Staff and Dann Cuellar 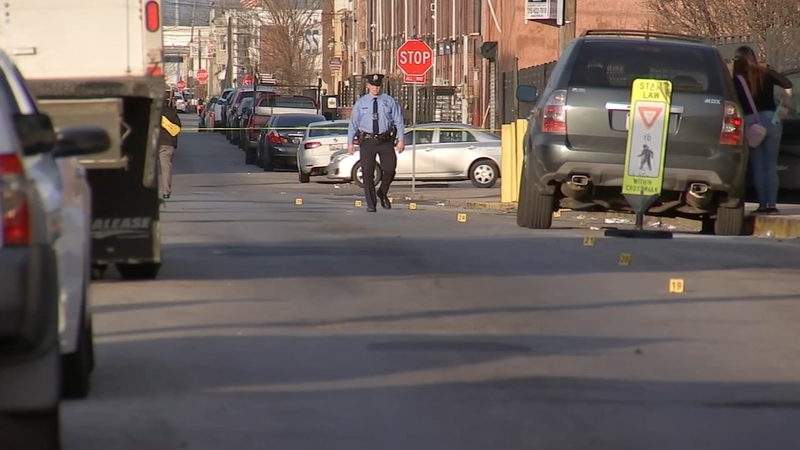 Man shot at bus stop during shootout between two vehicles

PHILADELPHIA (WPVI) -- An innocent bystander who was waiting for the bus was shot during a gun battle between passengers inside two vehicles on Wednesday night, according to Philadelphia police.

It happened around 5 p.m. near Tulip Street and Allegheny Avenue in the city's Port Richmond section.

According to Philadelphia Police Captain John Walker, one gunman opened fire from the vehicle's sunroof while a second shooter returned fire from a passenger seat window.

A 55-year-old man who was waiting at a bus stop was subsequently shot in the chest and shoulder. He was rushed to an area hospital where he's expected to survive.

Police are still searching for the suspects.