Police say the victim was involved in an altercation with another man when the gunman walked up and fired at least eight shots.
WPVI
By 6abc Digital Staff 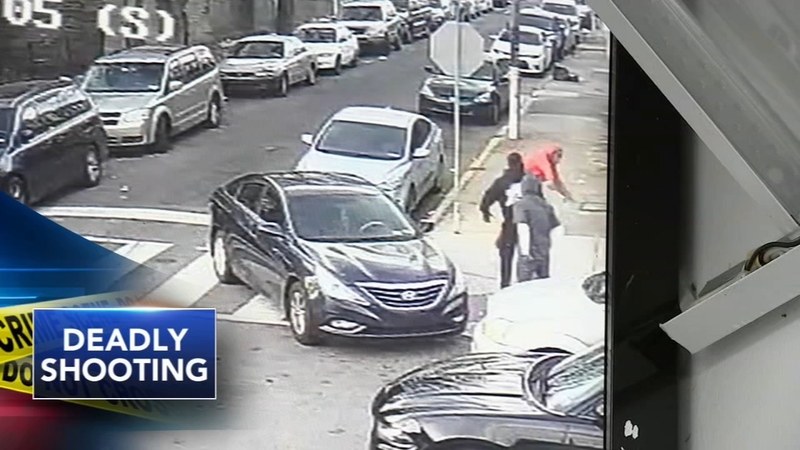 PHILADELPHIA (WPVI) -- Philadelphia police are searching for multiple suspects after an altercation led to a deadly shooting on Wednesday night in Hunting Park.

It happened around 6:30 p.m. on the corner of 8th and Luzerne Streets.

Police say a 38-year-old man was involved in an altercation with another man when the gunman walked up and fired at least eight shots.

The victim was shot four times before he collapsed on the sidewalk.

According to Philadelphia Chief Inspector Scott Small, the victim did pull out a weapon as the gunshots rang out. However, it doesn't appear he fired his weapon.

The shooter and the man involved in the altercation were seen fleeing in a dark-colored vehicle.

Before officers arrived, video shows a man and woman going through the victim's pockets and taking his gun as he lay dying on the sidewalk.

"You clearly see a male and female walk up to him while he was (lying) on the sidewalk. A male picks up the gun, takes it out of his hands, and then hands it to a female. Then you also see this male go through the victim's pockets," said Small.

The victim was rushed to an area hospital where he later died. He has not been identified.

Police are searching for several suspects at this time.