Anyone with any information is asked to call police at 215-686-TIPS.
WPVI
By 6abc Digital Staff 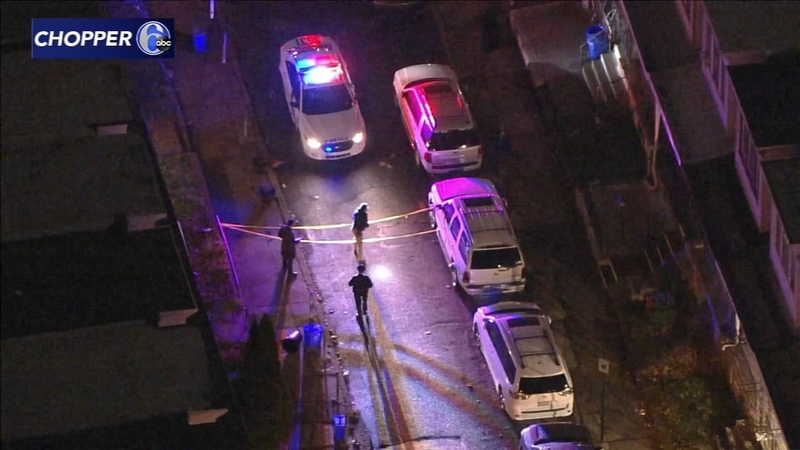 14-year-old among six shot in Philly on Monday night

PHILADELPHIA (WPVI) -- One person was killed and five others were injured including a young teenager following three separate shootings on Monday night in Philadelphia.

Around 7:17 p.m., police say a 14-year-old male was shot in the face and back on the 200 block of Widener Street in the city's Olney neighborhood.

The teen was rushed to an area hospital and placed in stable condition.

Police say at least nine shots were fired at the scene.

Witnesses told police that at least one shooter was chasing the teen when the gunfire rang out.

"We found the victim collapsed on the street about 150 feet east of where we found all the spent shell casings, so he clearly was running away from the shooter, or shooters," said Philadelphia Police Chief Inspector Scott Small.

Minutes later, police say an a man was killed and an innocent bystander was injured in a triple shooting in Philadelphia's Kensington section.

It happened just before 7:30 p.m. at B and Cambria streets.

A 20-year-old man was taken to the hospital where he was pronounced dead.

A 46-year-old man was listed as stable.

Police say stray gunfire hit a 44-year-old woman in the back. She then ran back into her house to her children.

The woman was taken to the hospital in critical condition.

Around 8:30 p.m., police say two people were injured in a shooting on the 2300 block of South Bouvier Street in South Philadelphia.

Officers found a 52-year-old woman shot twice in the head and a man in his 50s shot one time in the head.

Both victims were placed in critical condition at an area hospital.