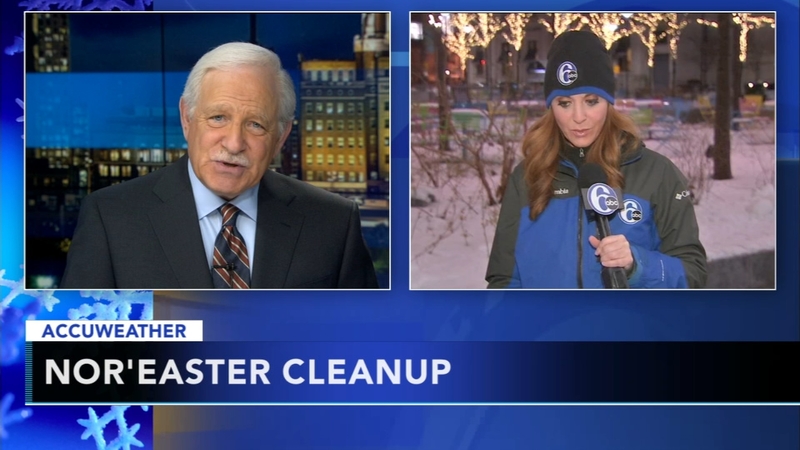 The PPA will honor its $5 per day rate for cars parked in Center City garages prior to 9 p.m. Any cars parked after 9 p.m. are back to regular rates. As citizens return their cars to their normal parking spaces, they are asked not to park too close to corners, as snow plowing and salting equipment require extra room to turn safely. Parking too close to a corner or too far from the curb will hinder efficient snow removal from streets.

For media planning purposes, the Emergency Operations Center (EOC) will deactivate to a situation room at 10 p.m. All press inquiries should be directed directly to the appropriate City department or, if you're unsure of which City department would handle your inquiry, please email press@phila.gov. The EOC PIO desk number and email is not monitored once the EOC deactivates.

All City of Philadelphia municipal government offices will open during normal business hours on Thursday, March 8. The Courts will also be open. The Philly 311 Call Center will reopen at 8 AM. For all non-emergency tree calls and for updates regarding snowplowing and salting operations, citizens should call 311, not 911. Non-emergency calls to 911 hamper the dispatchers' ability to focus on immediate life-threatening emergencies.

Plowing Efforts
While the snow emergency has been lifted, it's important for citizens to note that snow removal operations are ongoing. While the city's primary roads are generally passable, plows are still being used to widen them. Secondary, tertiary and residential streets will be the main focus of current plowing.

School District of Philadelphia schools and Philadelphia Archdiocese Schools will open tomorrow, Thursday, March 8 on a 2hr delay. Philadelphia International Airport has resumed normal operations. However, there are numerous delays and cancelations, so travelers should check with their airline, or go to PHL.org, or call 1-800-PHL-GATE

Shoveling Snow
Property owners are required to clear a three (3) foot path in front of their property, including curb cuts, within six (6) hours of the end of the storm. Residents should not shovel or toss snow onto city streets. It is against the law to do this.