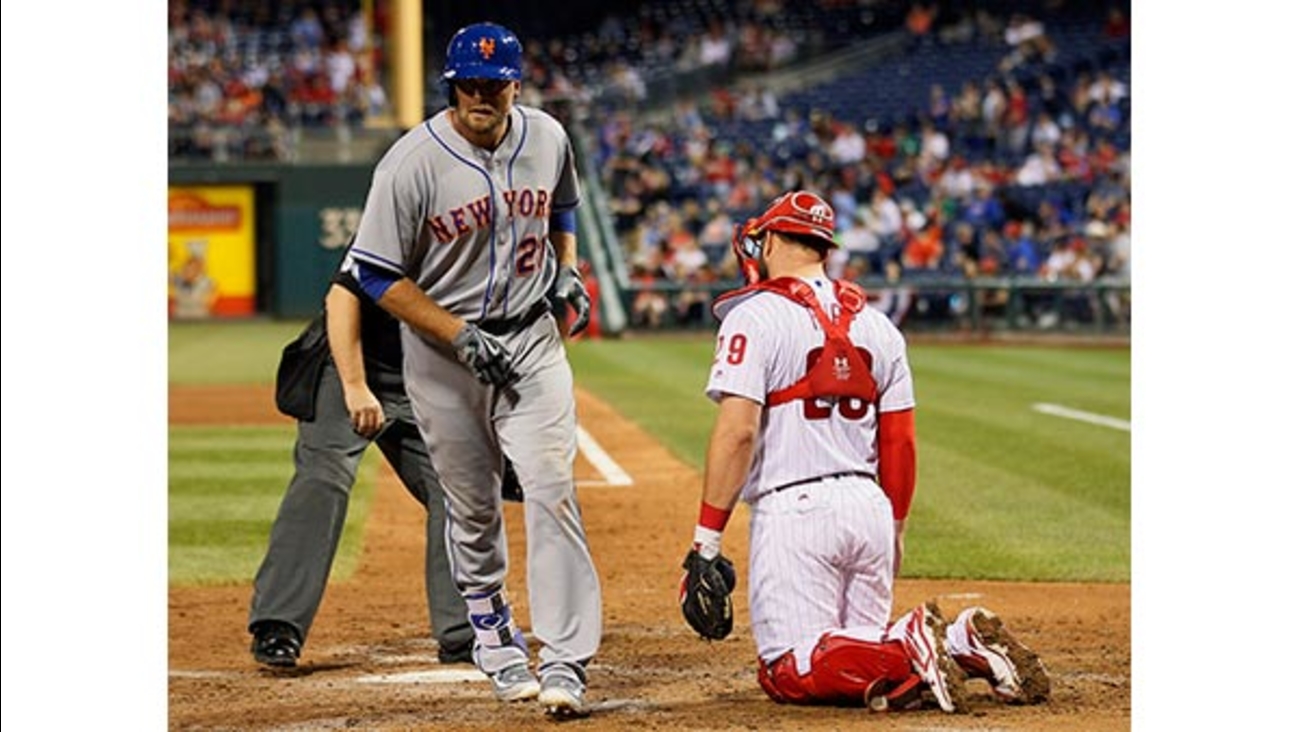 PHILADELPHIA -- David Wright homered twice for his first two RBIs this season and the New York Mets went deep four times to back a stellar Noah Syndergaard in a 5-2 victory over the Philadelphia Phillies on Monday night.

Lucas Duda and Neil Walker hit consecutive homers in the eighth inning for New York, which has 11 homers in its last four games after hitting two in its first eight. The power surge has helped the defending NL champions win four of five following a four-game skid that produced a 2-5 start.

Syndergaard (2-0) struck out eight in seven innings and threw 17 of his 94 pitches at least 100 mph. He allowed one run and five hits with two walks while bringing his strikeout total to 29 through three starts.