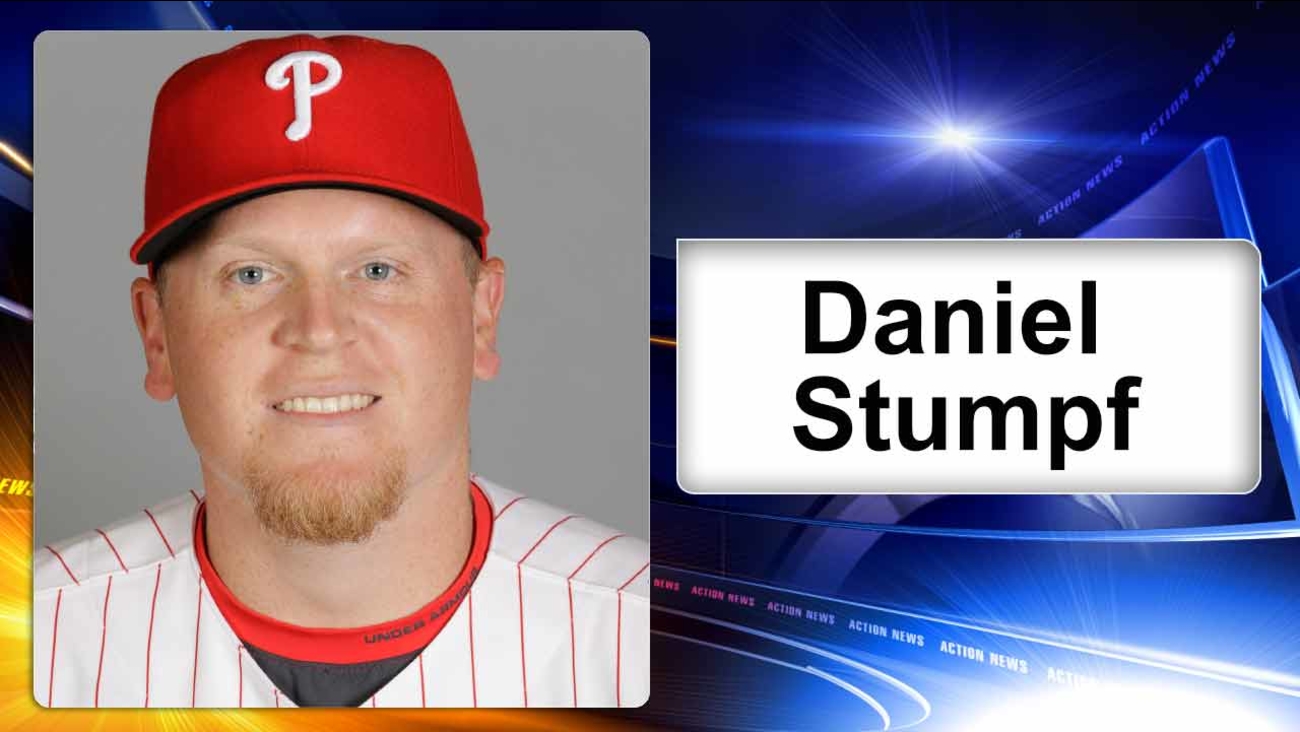 This is a 2016 photo of Daniel Stumpf of the Philadelphia Phillies. This image represents the Phillies active roster on Friday Feb. 26, 2016, in Clearwater, Fla. (AP Photo/Chris O'Meara)

The rookie left-hander tested positive for dehydrochlormethyltestosterone, an anabolic steroid used to increase speed and strength.

A 25-year-old left-hander, Stumpf made his major league debut April 7 and has a 40.50 ERA in three appearances, allowing three runs in two-thirds of an inning.

Philadelphia said in a statement it was "disappointed to hear today's news of Daniel's violation."

Stumpf was selected by the Phillies in the winter-meeting draft of unprotected players after going 20-23 with a 3.21 ERA during four seasons in Kansas City's minor league system. He signed with the Royals, who picked him in the ninth round of the 2012 amateur draft from San Jacinto College.

Lefty Elvis Araujo was recalled from Triple-A Lehigh Valley to take Stumpf's roster spot. Araujo was 2-1 with a 3.38 ERA in 40 games for the Phillies last season.