Philadelphia sees increased graffiti during pandemic, but artists say it's an outlet that helps

Philadelphia residents should report graffiti through 311, or by filling out the removal form online.
WPVI
By Bryanna Gallagher 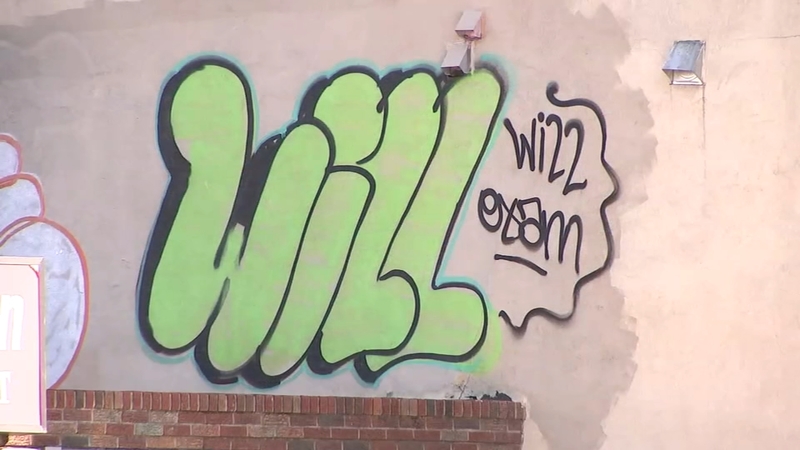 Philly sees more graffiti during COVID, but artists say it's an outlet

PHILADELPHIA (WPVI) -- Graffiti has exploded in neighborhoods across Philadelphia. The city says they've been seeing more of it since the start of the pandemic.

Eddie Chen owns two buildings in the city, including one on 9th Street. He said he's had to paint over graffiti three times in less than one year.

"Three thousand dollars for it every week. When I clean up they come back almost every week," Chen explained.

Whether you are taking a walk or a drive, you are bound to pass some. A concern people have when it comes to graffiti is the visible display of crime.

According to the Action News Data Journalism Team, there have been 1,116 requests for graffiti removal just this year. In 2021, there were 20,152 removal requests, which is up 18% compared to 2020.

Graffiti artists Action News spoke with see it as a way of expressing their emotions.

He says there are unwritten rules about graffiti, like not painting on houses, cars, churches and schools, that most people try to follow.

"It's nothing personal about specific neighborhoods or anything like that," said another graffiti artist who goes by Dume.

For Chen's property, he says it's getting more stressful each time he has to repaint it.

"The roof too, I don't know how they get on the roof the second floor outside," Chen said.

Dume said the subculture surrounding graffiti has saved him.

"Some (other people) went down a different road, they got involved in drug dealing, gangs, a lot of them are dead now.... graffiti saved my life several times," said Dume.

Both Dume and Bread said they grew up looking at graffiti in the city, so it wasn't entirely new to them. Bread says he got his name after he lost his mom.

"Bread stands for being remembered every day after death. My mom passed away when I was younger."

Deputy Communications Director Irene Contreras credits the uptick in graffiti during the pandemic to more people being home.

"People took advantage of this idle time to focus on graffiti vandalism across the entire city," Contreras said.

Like many businesses, she said CLIP had fewer members helping due to being sick. As a result, CLIP went from cleaning roughly 12,000 properties a month down to 6,000.

She said residents should report graffiti through 311, or fill out the removal form online.

Contreras urges people to respect properties, and to get involved in the city Mural Arts Program that works with many former taggers to rechannel their energies into creating street art.