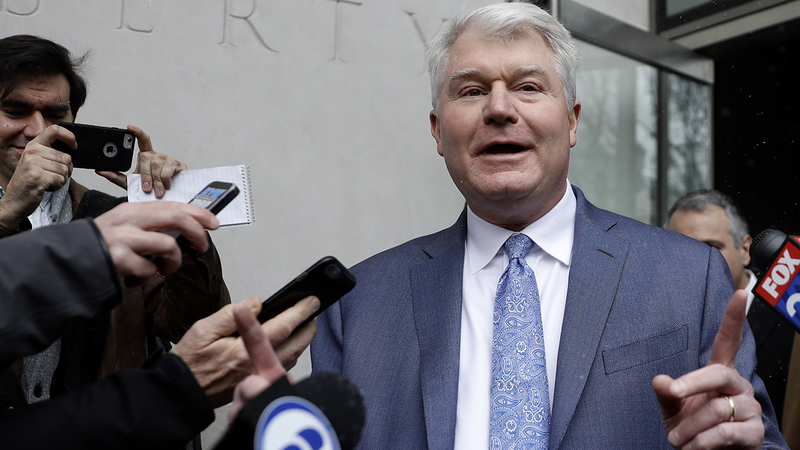 According to a statement, Dougherty, a long-time IBEW Local 98 business manager, was taken into custody at his home in Center City.

The indictment says between October 2019 and August 19, 2020, Fiocca frequently did not show up for work and did not do the work that was assigned to him. For these reasons, he was sometimes paid for fewer than 40 hours of work for the week.

When Dougherty learned of the issues, he blamed the people who were supervising the job, the indictment says.

Fiocca and Dougherty allegedly confronted the contractor, and the contractor's owners, agents, and employees, and threatened them with violence and economic harm.

The arguments about payments allegedly escalated into violence.

"Fioccia assaulted the project manager. Grabbed him by the throat and threw him on the desk, threatening him and the company owner with further violence unless Fioccia's paychecks were increased to reflect 40 hours," said Acting U.S. Attorney Jennifer Arbittier Williams.

That's when federal prosecutors say Dougherty threatened the contractor by withholding overtime work on the site, pulling all electricians off the job, or preventing future work unless his nephew was paid.

"The boss' nephew made demands for pay he had not earned. When he was called on it, Gregory Fioccia resorted to violence and John Dougherty resorted to extortion," said FBI Special Agent in Charge, Michael Driscoll.

Frank Keel, a spokesman for Doughtery, said he expects the labor leader to be released from custody by Wednesday afternoon.

"This isn't a prosecution, it's a persecution," Keel said.