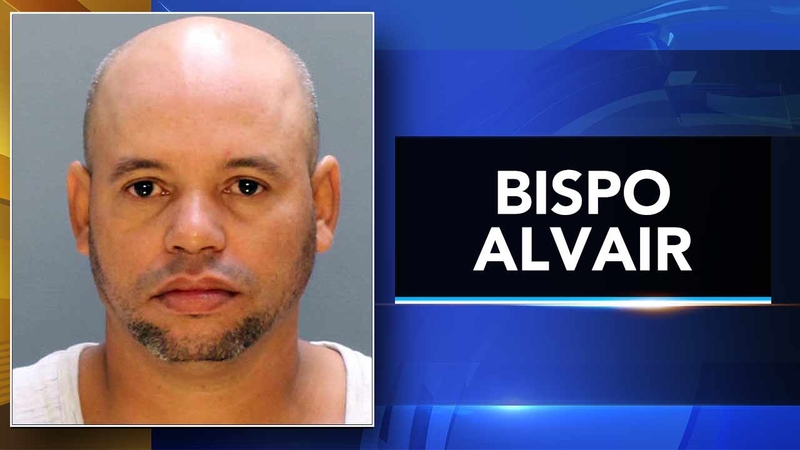 OXFORD CIRCLE (WPVI) -- Police have identified a suspected drunk driver who they say damaged dozens of parked cars during a destructive ride through two Philadelphia neighborhoods.

Authorities say 38-year-old Bispo Alvair was behind the wheel of the gray Nissan that struck at least 27 vehicles early Saturday morning.

Alvair was arrested in the 7000 block of Large Street after the damage was done and is facing a long list of charges including Driving Under the Influence.

Police say it began when Alvair smashed into ten cars along the 1400 block of Devereau Avenue.

One witness, Colton Hawk said, "We were coming home, walked out to our car and then this driver... smoke everywhere was coming. He turned and we almost got hit by it."

A surveillance camera on the 6900 block of Kindred Street shows the tail end of the mile-long rampage.

Another witness, Elizabeth Occhiolini said, "His car would only drive sideways, so he hit every car on both sides of the street," tearing off mirrors, busting tires and leaving major dents.

Occhiolini said the owners of some of the cars he had previously hit were following close behind.

"The cars were chasing him as he was going sideways down the block. So when he turned into the other driveway, he took off," she said.

The suspect ditched his SUV and ran. Police nabbed him several blocks away.

Yolanda Woodberry and more than two dozen other car owners were left to add up the damage.

"I was just about to get dressed for church this morning. I guess I'll have to stay in and call the insurance company," said Woodberry.

David Woodberry of Northeast Philadelphia said, "I'm just glad no one got physically injured or hit by this gentleman and they did catch him."

There was lots of damage, but fortunately, no injuries.